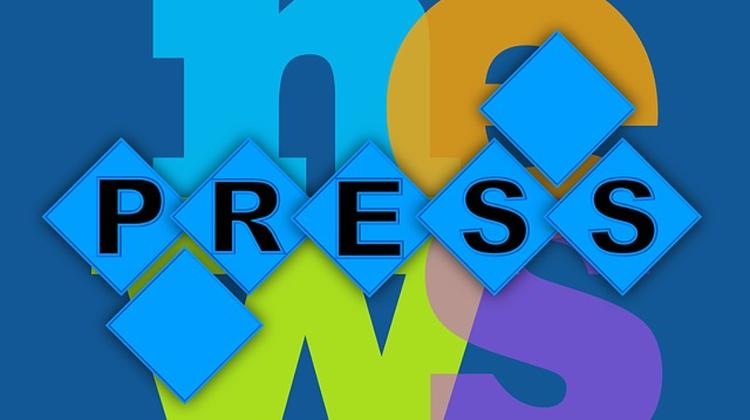 Commentators disagree on whether the Prime Minister has been successful in promoting his ideas on solving the migrant crisis among European leaders. Meanwhile the conviction is gaining ground that Europe is late in meeting the migration challenge.

In Népszava, Péter Németh thinks the Prime Minister chalked up a victory as the first European leader to abandon the open door policy to migrants. Most European leaders admit by now that not all those arriving are fleeing mortal danger, and that the European continent cannot afford to take them all. Németh even believes that the Prime Minister’s suggestion to vet asylum seekers outside the borders of the European Union might be accepted before long. Despite this undeniable victory, he continues, Mr Orbán’s policy was still a failure, because his conflicts with neighbouring countries have left lasting scars and Hungary is perceived abroad as a country which rejects humanitarian principles.

In Magyar Nemzet, Gábor Stier believes on the other hand that with the six-point proposal he submitted to the Brussels summit, the Prime Minister has broken the ring of isolation which surrounded him. He welcomes Mr Orban’s decision to finally put forward concrete suggestion safter what he calls a period of “verbal karate”, five of which have been more or less accepted. And thus despite what he terms an “often wretched rhetoric,” at the end of the day Hungary is one of the few countries that have concretely contributed to the solution of the crisis.

On 24.hu, a left-wing news website, political analyst Zoltán Lakner suggests that none of Mr Orban’s six proposals were adopted in Brussels. Some similar decisions have been taken, but they originated from other sources. Lakner believes however that the Prime Minister’s international position may well improve if his Polish allies win the October elections, as expected, and because Germany’s often wavering Chancellor seems to be moving towards more rigorous immigration policies.

In Magyar Idők, political scientist Tamás Fricz thinks Mr Orbán is leading a trend in international politics which stands for self-defence and national sovereignty. The great issue of our era is whether this trend will overcome the self-defeating policy of openness to all migrants, as represented by Chancellor Merkel of Germany, Fricz suggests. He blames the migrant crisis on what he regards as the misguided US policy of establishing democracies in the Middle East where society is not receptive to Western-type democracy.

The solution he envisages would require the West to help re-establish stability in the Middle East – even at the price of tolerating undemocratic regimes which are compatible with local traditions.
In his Magyar Nemzet editorial, Zoltán Veczán suggests that Europe is waking up to the gravity of the problem, and even fierce critics of the Hungarian government, including the writer György Konrád and philosopher Ágnes Heller, have overcome their liberal dogmas to argue against an unfettered openness to immigrants. In fact if Islam becomes a major political force in Europe, liberals would be the first to risk persecution, he says.

On the same site, Gellért Rajcsányi asks whether what is happening in our days is not a sign of the end of the “happy years of peace”. He fears that the most probable future ahead of us is one where high-tech police states wage an asymmetrical war against terrorist opponents, as a result of Europe’s inability to integrate the immigrant masses which it will try to absorb in the forthcoming years.

In Magyar Idők, Ottó Gajdics lambasts Russian-American writer and human rights activist Masha Gessen who sharply attacked the Hungarian government’s policies on immigration in her opening address to the Göteborg book fair, where Hungary was the guest of honour. She spoke in a country where Jewish people are seriously pondering emigration because of the influx of Moslem immigrants, Gajdics claims. In Göteborg itself, he adds, there are no-go areas, Moslem enclaves where postmen or the fire brigade can only venture with heavy police protection.