Hours Have Passed Without Incident Since Latest Hungarian Border Measures 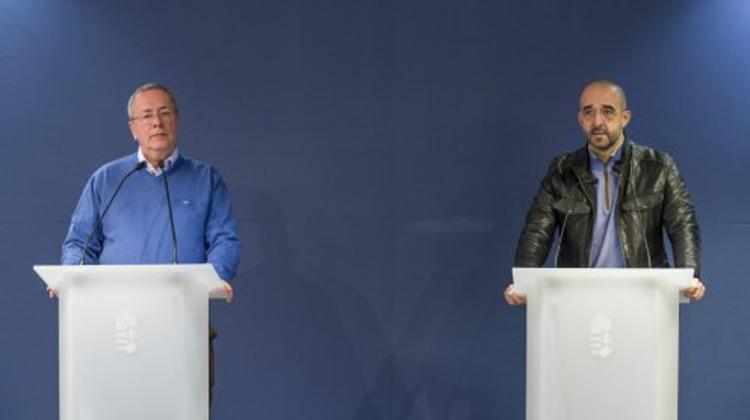 Hours have passed effectively without incident or event since the closure of the Hungarian-Croatian green border just over 24 hours ago and the entry into force of temporary border controls introduced on the Hungarian-Slovenian border as of Saturday morning, the Government Spokesperson said. Zoltán Kovács reiterated that the Hungarian-Croatian green border was closed effective as of zero hundred hours on Saturday, and the Government reinstated border controls – after the prior notification of the Slovenian party and the authorities of the European Union – on Saturday morning on a temporary basis, in accordance with the Schengen criteria.

The Government Spokesperson pointed out that the latter was warranted by an “incident” at Rédics when some 150 migrants appeared on the Slovenian side in the vicinity of the Hungarian border but did not cross it.

He added that the majority of these people are the 859 migrants who were allowed into the territory of Hungary at Zákány after midnight on Friday, shortly after the introduction of the border closure, but they are no longer in the region. The police apprehended eight people on the Serbian border section, and two individuals on the Slovenian border, at Tornyiszentmiklós, and as there is no border closure on that section of the border, they only face misdemeanour proceedings. The rapid response police have apprehended one person further away from the border in the past 24 hours.

According to aggregated data, 390,646 illegal migrants have been apprehended this year to date, and 176,424 of them have submitted asylum claims, but the majority of the latter proceedings had to be terminated as the individuals concerned “have disappeared”. Criminal proceedings have been instituted against 750 persons so far, he said.

Five hundred and seventy-nine migrants submitted asylum claims in the transit zones, and there are 522 persons in refugee centres in Hungary at present. 1,166 persons have been prosecuted due to human trafficking so far, Mr Bakondi informed the press.

In answer to a question, the Chief Advisor of the Prime Minister said: despite the minimal movement, it is necessary to continue to maintain significant military and police presence on the Croatian and Slovenian borders as only 24 hours have elapsed since the newly introduced measures. They are monitoring the movement of migrants coming from the region of Croatia, Serbia, Macedonia and Greece, and are keeping track of the intensive debates on the migrant situation in Austria and Germany.

In answer to the question whether the localities which have been compelled to incur extra expenditures due to the migrant flow may expect the reimbursement of these costs, Government Spokesperson Zoltán Kovács said: municipalities have the option to request the reimbursement of their costs from force majeure and other funds, and a decision on this issue will be adopted soon. At the same time, he reiterated that the Government has most recently approved HUF 17 billion for the management of the migration situation and the related damage.