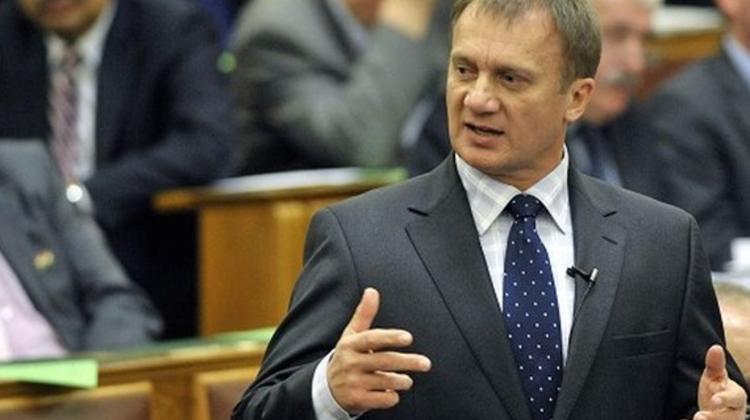 Opposition parties criticised the government's farmland programme in a parliamentary debate dedicated to the plan. The leftish opposition Democratic Coalition (DK) said that entrepreneur and Felcsút mayor Lőrinc Mészáros, reportedly close to the government, could become Hungary's largest landowner as a result of the scheme.

DK deputy leader László Varju insisted that ruling Fidesz had launched the programme under the motto "a village to each oligarch" and said that rather than local farmers, the plots to be auctioned off will go to new owners who have "never touched a hoe".

The Socialist Party said that the government's auctioning off state-owned farmland will not prevent foreign nationals from obtaining estates in Hungary. On the contrary, foreigners could not buy land if all those plots remained publicly owned, Socialist deputy chair Zoltán Gőgös said.

Gábor Harangozó, Socialist deputy head of Parliament's agricultural committee, stated that the plots to be auctioned were already on lease, and the leaseholders, who had obtained those leases in "crooked" ways, would have options to obtain them easily. Earlier government office head János Lázár said that the government programme was aimed at preventing foreign nationals from acquiring farmland in the country.

The green LMP party said the debate was about the future of the entire Hungarian society, and not only about the rural livelihoods. Benedek R. Sallai, a lawmaker for the party, said that all elites have been "stealing whatever they could get their hands on" over the past 25 years and now they are stealing what is left: the most important natural resource. He said the move would not serve the interests of small farmers.

The Együtt party said "Fidesz's land reform" went against Hungarian laws and all "stolen land" would be returned after a change in governments. It said that Fidesz's "friends and oligarchs will be held to account for stealing from the Hungarian people".

The far-right Jobbik party said that it would be "standing guard" by each and every land auction in the country. Zoltán Magyar, a lawmaker for the party, said the government has failed to put forward a single convincing argument in favour of the sale of state land in the past months and it is shameful that the opposition has to call a parliamentary debate to get any answers.

He said Jobbik will be taking reports from the general public regarding "anything suspicious" they may see during land auctions and if there are reasons to suspect corruption, Jobbik will take legal steps.

In harsh contrast with the opposition's claims, the country's Minister for Rural Development has said that the government's farmland privatisation programme will take to fruition an idea started nearly a hundred years ago by smallholders.

Addressing lawmakers ahead of a parliamentary debate on the government's plans to auction off farmland, Sándor Fazekas said plans were to put 20% of state land into the hands of farmers. The move is set to strengthen family farming and improve farmers' livelihoods and competitiveness, he said. The government has the farmers' best interests at heart, as becoming owners they will not have to pay a lease.

The move will strengthen small farms against big companies and will protect land from being bought by foreigners, he added. Mr. Fazekas told a press conference on the sidelines of the parliamentary debate that the opposition had created a "league" against farmland sale plans and will "do anything to prevent Hungarian land being owned by Hungarian farmers who cultivate it".

The minister said auctions would start mid-November and the cap on the size of land to be sold will be set at 300 hectares. Some 80% of land up for auction are 10 hectares or smaller, he added. The aim is to help local farmers increase the size of their existing land, Mr. Fazekas said.