Korean Cultural Festival In Budapest, Now On Until 12 October 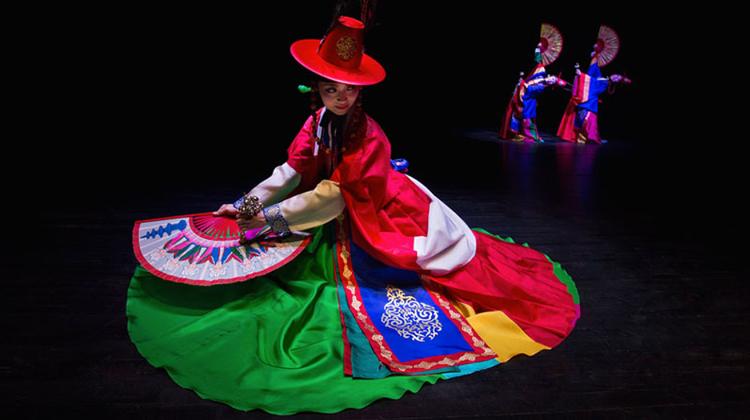 Welcome to the K-Culture Festival. We would very much like to warmly welcome you all to the Korean Culture Festival. This year’s festival is much bigger than before. Throughout the whole of October, it presents a variety of enjoyable free events such as Korean traditional performances, the Korean fancy product & food booths and K-pop contest in addition to exhibitions in indoor and outdoor venues.

As far as we know, there are more than 100 Korean culture communities like Korean movie, drama, K-pop, and language throughout Hungary, which indicate that many Hungarians have been very keen on the culture of Korea. Thus, the K-pop contest in the MOM Cultural Center is organized by the Korean culture community and it is easy to be found the enthusiastic young Hungarians for K-culture in the festival.

Since over the past 25 years, the bilateral relations between Hungary and Korea have been developing in the area of culture as well as that of political and economic. The Korean Cultural Center in Budapest, in particular, has been committing to playing an active role to introduce the culture of Korea in various ways since 2012.

It is hoped that the festival is a great opportunity to confirm two nations are in a solid relationship through the exchange of culture.

Please join us in giving a warm welcome and don’t miss the most dynamic Korean culture here in Europe.

A banquet in the palace. There are the dancing government officials and Gungnyeo(court ladies). The dancing child announces the king’s appearance. The king and his wife begin to dance praying for the peaceful world, and he orders for Seja, the crown prince, to travel incognito in the hoping of the country being well-established with its own culture. For a while, the king is very happy to see the prince realizing the fact that the people in the flourishing cultural setting country have no any conflict of interest and work together for doing right.

The exhibition features the artworks of 7 artists based on Korean traditional unique colors, techniques and shapes with modernity; Stone object bearing Dancheong painting (SuYeon Kim), Meditative photography representing the dawn of sea (TaeKyn Kim), The Korean Moon Jar, which evokes memories of wishing on the full moon (DongSik Lee), Ottchil (Lacquer of Orient) that reveals the unique beauty of space with Korean traditional techniques (Myeonguk Huh), Collected textiles transformed with Korean traditional dyeing techniques (SeonJu Han), Textile art made with metal objects to be seen just like the elimination of useless detail of an ink-and-wash painting (HyeJeong Shin), and the ‘Accumulation’ is abstracted with a very traditional color (HeaRim Shin). The sense of humanity, culture and time in the same age might be felt through the artworks with the language of modernity based on the Korean tradition.

<Talk, Talk Korea> features the artworks of content prize winners organized by Ministry of Foreign Affairs Republic of Korea, The Korean Culture and Information Service, KBS World. It contains diverse works created through the view points of foreigners. Since 2013, the contest has been starting ‘Let’s Introduce Korea with the viewpoints of foreigners’ theme, 15,911 applicants from 143 countries, approximately 360 artworks exhibited in the 2014 & 2015 exhibitions.

“Invisible Boundary” explores Jindo Sitgim-gut originated from Korea traditional funeral rituals and created in different ways to help people to know better regarding the funeral tradition of Korea with sympathy, developing new movements and choreographic techniques focused on the music with added modern style sounds under the colors and breath of Korean traditional dance. In addition, the work is recreated accompanying exorcism rituals ‘gut’, and ‘Mu’ (shaman or exorcist).