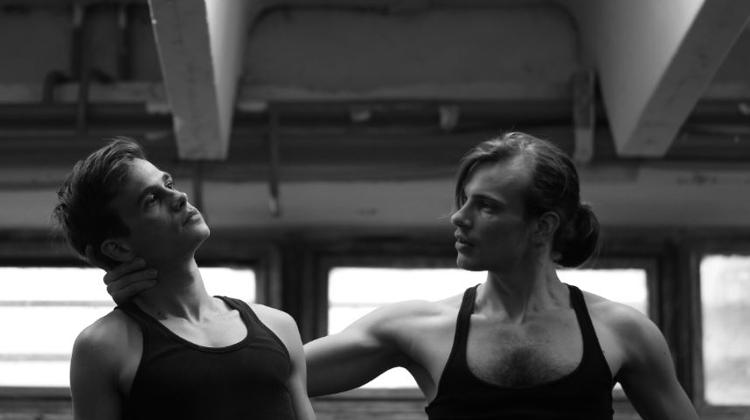 The Trojka Theatre Company was formed in June 2013 by Attila Soós (Hungary). It seeks to establish a form of independent existence, and is concerned with every single aspect of the creative process, including the combination of adaptation, movement and gesture language, as well as music and visuality.

In Hungarian with English subtitles

Trojka focuses on literary works whose theatrical adaptation is not obvious at first sight, attempting to metamorphosis novels and short stories into performances through the personal interpretation of the group. They create movement, which creates images, which turn into scenes, which builds a story.

Every visual element in turn generates a musical response. The visual world of Trojka’s productions is characterised by minimalism, which has the added benefit of making performances easy to adapt within different theatrical spaces.