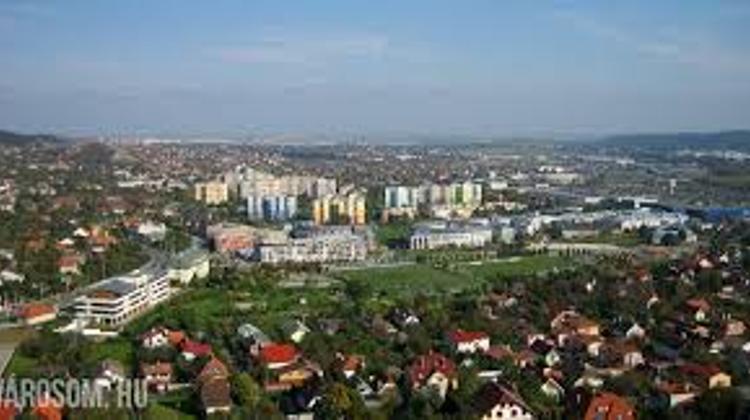 Budaörs is not a very charismatic place. We usually drive through it with blinkers on our way to Ikea. And yet it has a very ancient history, going back to the Bronze Age 3.500 years ago. Since then it was occupied by the Celts and the Romans and, at the beginning of the 1800’s, it was repopulated by what Wikipedia quaintly calls Schwabian peasants.

Evidently they thrived and multiplied because it was here that the Communist government started the forcible repatriation of ethnic Germans after World War II, one of history’s lesser known little tragedies.

However, Budaörs also has redeeming features, at least three of them. First of all there is the Fish Market in Törökbálinti u. 23 which daily receives cargoes of fresh fish from all over the world including “live lobsters from Canada, live crabs from Brittany and live prawns from the Mediterranean”.

One hopes that after all that stressful travelling they might even be relieved to end up in the pot. There is also the Dock Buffet, a restaurant which serves lunches and snacks in a harbour style atmosphere.

Then there is the Bolhapiac on Budaörsi út 172-178 which doesn’t even aspire to be Antik. It is what it says it is, a Flea Market, but for a market junkie like me it is still lots of fun. I bought a large 4m by 3 handsome oriental carpet with only one little hole in it for twenty thousand forints.

The market is simply huge and crowded on Sundays with, between stands piled high with outsize second hand bras - or as we are in Schwab territory, Büstenhalter, one of my favourite German words - hidden treasure troves of china, Herend or otherwise, water colours, curios and memorabilia. Choose a sunny Sunday morning as, with the advent of winter, no doubt it will downsize.

Finally, a new entry is the noPack store on Szabadság út 88. It is a revolutionary green project which chooses its wares with care to ensure that they are free from chemicals and other harmful agents and are locally grown and produced to reduce the carbon footprint.

Packaging is banned to protect the environment and customers help themselves from brimming sacks with little shovels much as we must have done in the century before last. The concept is that we buy exactly what we need and thus reduce the tons of waste, the unused foodstuffs that end up in our dustbins every year. “The noPack is an attitude, a lifestyle, belonging to a community.”