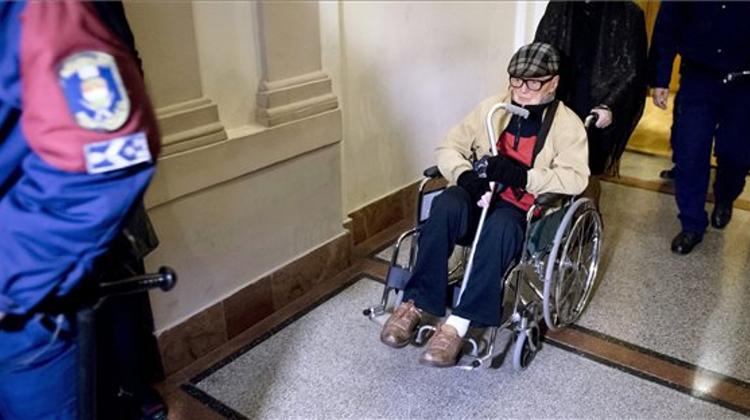 Communist-era party functionary Béla Biszku received a suspended prison sentence for complicity in war crimes. The Municipal Court of Budapest, however, exonerated him of the charges of ordering the shooting of a total of 49 anti-communist protesters in December 1956 and the beating of academics in March 1957.

The court said it was unable to establish that Biszku, as a member of the Provisional Executive Committee of the then newly formed Hungarian Socialist Workers’ Party served as the instigator of the shootings. It said there was no evidence that the shootings were even ordered by the Communist leadership.

The court’s reasoning behind the suspended prison sentence was that Biszku was complicit in the crimes because he had failed to hold the actual perpetrators to account. Biszku was indicted in 2013 for his role in the Provisional Executive Committee’s setting up a special police force, directly controlled by its members, which was then responsible for firing shots at the public, including unarmed protesters.

Biszku’s role was qualified as a war crime. In 2014, a lower court declared Biszku guilty of instigation and complicity to homicide and sentenced him to five and a half years in prison, but in June of this year, a municipal appeals court annulled that ruling and ordered a new trial.

Both the defence and the prosecution appealed the ruling. Gergely Gulyás, deputy chair of ruling Fidesz, welcomed the ruling and said that it was “obvious” that communist leaders bore a criminal responsibility for developments in late 1956. He added, however, that compared to the crimes the sentence was much too lenient.

Radical nationalist Jobbik deputy leader Előd Novák called the sentence “outrageous” and said that announcing the ruling was “equal to a denial of communist crimes”.