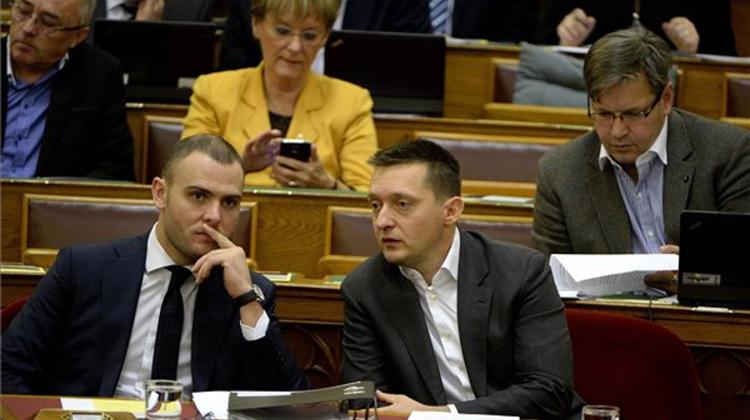 Deputies at the 26th congress of the ruling Fidesz party adopted a political declaration against pro-immigration policy. Before the declaration was adopted, cabinet chief Antal Rogán said the document is necessary because “Fidesz wants a strong Europe and a strong Hungary, a Europe where jobs are provided to jobless young Europeans instead of immigrants, where families and responsible parenthood are supported, and where churches, and not mosques, are built.”

He said the party is adopting the document because they want to pass on to future generations a Europe that is similar to what they had been familiar with. MEP József Szájer said Europe is in big trouble today because of the irresponsibility of the leaders of the European Union.

Today, the hands of many European decision-makers are tied down by an ideology that only knows denial, he said, denying that there could be any connection between immigration, the Muslim religion and terrorism, and placing the rights of criminals before those of the victims, he added. Ildikó Gáll Pelczné, also an MEP, said it is increasingly clear that Brussels’ mandatory migrant quota system will never be a real solution. She said the job is to “provide opportunities to Hungarian families first of all, rather than to strangers”.

The document approved by the deputies considers the European Union’s pro-immigration policy hypocritical, irresponsible and dangerous and condemns the mandatory migrant quota system.

“European citizens never gave an authorisation for this antidemocratic policy, it jeopardises the existence of the European Union itself and threatens to shake the whole of European civilization”, the document says. “Instead of a weak and indecisive Europe, we need a strong Europe again ... and we are ready to take part in creating that,” the document concludes.