Hungary’s PM: Corruption Of Any Kind Not Tolerated 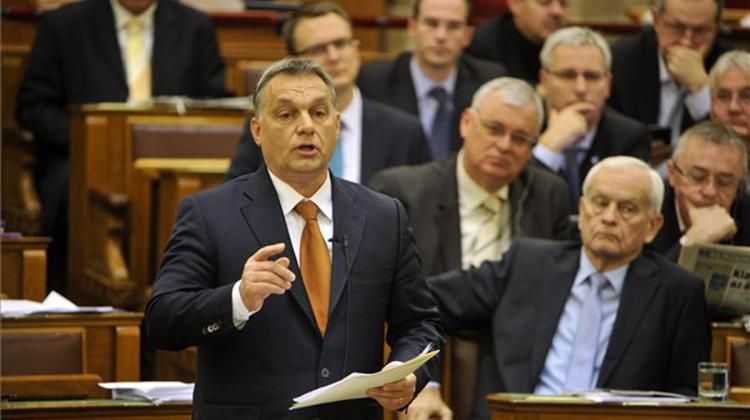 No corruption of any kind is tolerated, Prime Minister Viktor Orbán told parliament in response to a question by radical nationalist Jobbik leader Gábor Vona. Orbán said it was inadvisable for Hungarian politicians or parliament to assume the job of the prosecutor’s office and the police. Referring to the case of Victor Ponta, who was forced to step down after outcry over graft, Orbán said, “I refuse to make Hungary into Romania”, adding that he would reject any extraordinary procedures to hand over the power of state authorities in law enforcement to parliamentary committees.

Vona had suggested two committees should be set up, one to investigate Jobbik’s alleged Russian links and another to examine how people linked to the ruling Fidesz party have become so rich.

“Why have people in your circle become so unbelievably wealthy in recent years,” Vona asked the prime minister, referring to Árpád Habony, an informal advisor, Lőrinc Mészaros, a businessman in Orbán’s village, and Andrew Vajna, the government’s film industry commissioner.

Orbán said he did not tolerate corruption of any kind in the past and would not tolerate it in the future, either. The country’s interests are kept in view when any government decision is made, he insisted.

He said he had looked through publicly available lists showing Hungary’s richest people and no Fidesz supporters were in the top 10, despite the party having been in government for ten years.

“In light of this, your accusations are ridiculous and I propose we talk about this issue seriously when at least five of the top 10 are Fidesz supporters. I’m afraid that will not happen tomorrow,” Orbán said.