Xpat Opinion: Just When You Thought Things Couldn’t Get Any Stranger In Hungary 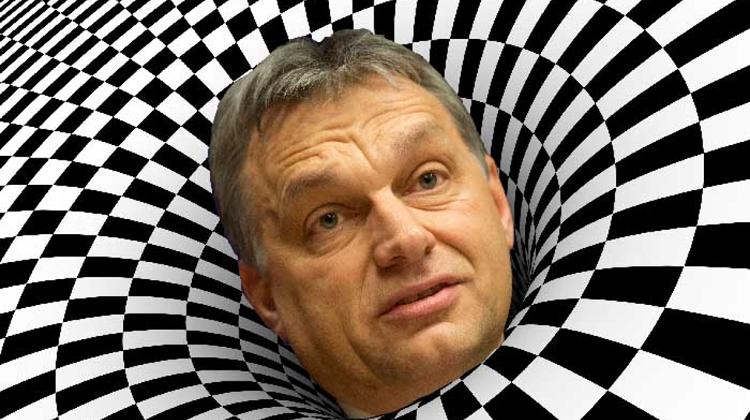 The Budapest Beacon would like to inform its readers that absolutely no drugs were consumed in the writing of the article.<br><br>Government spokesman Zoltán Kovács today announced the Hungarian government was terminating ALL of its contracts with Magyar Telekom after the latter terminated its corporate sponsorship of Hungarian pop star Ákos after the latter made comments on Echo TV generally considered to be insulting to women.

The government subsequently modified its statement to say that it was terminating all mobile internet subscriptions with Magyar Telekom, but that a cooperation agreement concluded with the Germany owned company in which the latter agreed to undertake investments in Hungary that would create new jobs.

According to Kovács, the government met on Wednesday to discuss Magyar Telekom’s decision to terminate its corporate sponsorship of singer “Ákos” after an interview appeared in which the singer made comments degrading to women..

“The government was shocked to learn of the steps taken by Magyar Telekom and considers these steps to be a violation of thevajvjr constitution and the letter of law,” said Kovács. The government spokesman then said that such actions may be acceptable in Germany, but “it is unacceptable in Hungary to punish anyone in this way for their opinions and beliefs”.

This past weekend, Speaker of the National Assembly László Kövér and pop star Ákos Kovács separately made public statements regarding the role of women in society. The Budapest Beacon deliberately didn’t cover these statements because we did not consider them newsworthy and focussed instead on writing about corruption scandals and Hungarian media oligarchs.

László Kövér’s statements were made during Fidesz’s annual congress. He said something to the effect that women should be more concerned with giving us more grandchildren.

Ákos Kovács made his statement during an interview on pro-Fidesz EchoTV. The interview, which seemed timed to promote a concert scheduled for this week, was a whole lot of nothing until Ákos said “it isn’t the job of woman to make as much money as men. That’s what I think….[Their job] is to fulfill the female principium, to belong to someone, to give someone children….to be a mother.”

Ákos went on to say that being a mother and working mutually exclusive from each other.

“How could you be a mother, how are you going to spend time with your kids when if you’re an executive making who knows how much,” he said.

Magyar Telekom announced on Wednesday it was terminating its sponsorship of Ákos because the company couldn’t accept statements made by the singer during the EchoTV interview.

Later that day Minister Overseeing the Office of the Prime Minister János Lázár said he was “shocked” by Magyar Telekom’s decision to withdraw its sponsorship of Ákos.

Lázár called Magyar Telekom’s decision a “dictatorship of opinion and taste which is completely unimaginable in a democratic country with a rule of law”. He then went on to say that Germany should know what it is like to live in a dictatorship.

Lázár then asked whether it would be acceptable for the Hungarian government to break its contract with Magyar Telekom if it disagreed with the company’s opinions.

The Hungarian government announced it would break all of its contract with Magyar Telekom because it found the company’s move to stop sponsoring Ákos “unconstitutional”.

According to 444.hu, Magyar Telekom was caught completely off guard by the government’s announcement, as was the German embassy in Budapest (Magyar Telekom is a subsidiary of Deutsche Telekom).

It doesn’t matter what you think of Ákos’ talents as a singer. Some like him, others don’t. I personally think he’s a poor knock-off of Depeche Mode. But I digress, the point is that Ákos is a Fidesz celebutante. The controversial statements he made recently were made during an interview with uber-Fidesz television broadcaster EchoTV.

The timing of the statements was also interesting. Ákos made his statements at roughly the same time that Speaker of the National Assembly László Kövér (Fidesz) made his own statements about the place of Hungarian women in the world.

On the surface, the political message being crafted by the government is simple:

Ákos’ statements are totally fine (because, of course, Fidesz also makes these statements). If Magyar Telekom is going to withdraw its sponsorship from Ákos, then the government will terminate its contracts with Magyar Telekom.

The statements made by both Kövér and Ákos really upset a lot of people. Hungarians took to social media to express their dissatisfaction at what they deemed to be sexist and chauvinist remarks by two well-known Hungarians.

Hungarians who support Fidesz were flabbergasted by the uproar and began accusing critics of “opinion terrorism” and “liberal fascism”.

By canceling all of its contracts with Magyar Telekom, the Fidesz government is definitely making a play for more political capital among Hungary’s so-called “conservative” voters.

By turning against a large employer and a large investor (Deutsche Telekom/Magyar Telekom), the Hungarian government is showing its willingness to punish businesses for putting distance between themselves and key (Fidesz-favored) entertainers.

What incentive does the Hungarian government have to punish Magyar Telekom with such an outrageous announcement?

Hungarian news site 444.hu points out that Magyar Telekom’s shares plunged 3 percent following the government’s first announcement that it would cancel all contracts with the company. The Hungarian government later changed its statement, claiming that it would only cancel mobile internet subscriptions.