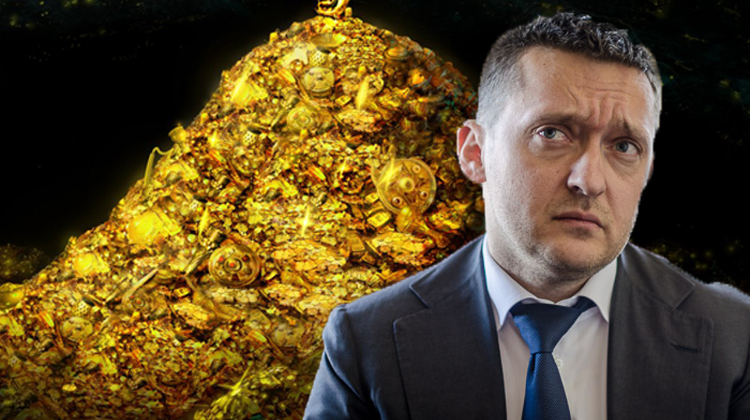 1145 foreigners were granted residency permits in Hungary in 2015 after purchasing settlement bonds. Magyar Nemzet reports that offshore companies brokering the sale of the bonds have made between HUF 74 billion (USD 255 million) and HUF 95 billion (USD 328 million) since the program was launched three years ago.

The program was the brainchild of Fidesz parliamentary whip Antál Rogán (pictured). The 2013 law providing for the issuance of settlement bonds stipulates that their sale be entrusted exclusively to brokers approved by the Parliamentary Committee on Economics and Information - a committee until recently chaired by Rogán himself.

This means Hungary’s State Debt Management Center (AKK) does not have the right to sell settlement bonds directly to foreigners, only to sell them at a discount to authorized brokers, each of which has the exclusive right to peddle the bonds to a certain country or region.

According to ÁKK, to date 3,358 settlement bonds have been sold to foreigners from outside the European Union. Holders of such bonds may apply for a residency permit which, in turn, entitles them to travel freely throughout the Schengen region that includes most of the 28 EU member states as well as Switzerland and Norway.

The price of the bonds was increased from EUR 250,000 to EUR 300,000 on January 1, 2015. Inexplicably, the cheaper bonds could still be purchased in August. It seems 138 foreigners managed to purchase the cheaper settlement bonds last year, whereas 1007 bought the more expensive ones.

The face value of the bonds sold in 2015 was EUR 336.6 million (USD 367 million), that is, HUF 106 billion calculating with the current exchange rate. In addition to pocketing the EUR 30,000 difference between the discounted price and the face value of the bond, brokers charge fees and commissions of between EUR 40,000 and EUR 60,000 per settlement permit.

This makes it possible for brokers to earn a huge amount of money for what appears to be very little work. Magyar Nemzet calculates that since the program was launched in 2013 Hungarian settlement bond brokers have made between HUF 74 billion and HUF 94 billion — an amount equal to nearly 0.3 percent of Hungary’s GDP.

The conservative daily further notes that very little is known about the brokerage firms apart from the fact that they are registered in the Cayman islands, Liechtenstein, Cyprus, Singapore and Malta. As such, they are not required to submit financial statements to Hungarian authorities.

Of the original seven companies authorized by Rogán’s committee to peddle Hungarian settlement bonds, three have since had their licenses rescinded, reports Magyar Nemzet.

As most of the brokerage firms maintain offices in Budapest, the newspaper speculates that the reason they are registered offshore is to avoid paying taxes in Hungary.

Others believe the Rogán committee awarded the highly lucrative right to peddle the bonds in order to conceal who the real owners are.

Rogán, Hungary’s recently appointed propaganda minister, certainly knows who they are. After all, his committee was responsible for deciding which brokerage firms were awarded the exclusive right to broker the sales.

In October Rogán resigned his positions to become Prime Minister Viktor Orbán’s chief of staff, which parliament dutifully made a ministerial position at the recommendation of Orbán. Because Rogán’s new responsibilities include coordinating government communications and administering the government’s HUF 25 billion (USD 86 million) advertising budget, he is more commonly referred to by the press as Hungary’s new “Propaganda minister“.

In addition to being the brains behind the settlement bonds, Rogán is widely believed to have been the author of last year’s so-called national consultation on immigration and terrorism, within whose framework two HUF 300 million contracts were awarded to HG360, a company owned by Csaba Csetényi, an influential Fidesz supporter who also happens to be one of Rogán’s neighbors.

The same company was awarded a HUF 600 million no-bid contract to wallpaper the country last summer in billboards proclaiming that “Hungarian reforms are working”. More recently, another company owned by Csetényi by the name of Media Services Company Kft. was awarded a three-year exclusive contract to broker the sale of advertising for Hungarian state media (MTVA). As the government is likely to place most of the advertising, it is not clear why MTVA deemed it necessary to outsource its advertising, or, for that matter, why the government thought it necessary to entrust the placement of its entire advertising budget for 2016 to a consortium of three companies, including Csetényi’s HG360.

In 2013 HG360 contracted with the government to place HUF 1.5 billion (USD 6.2 million) of advertisements on behalf of ÁKK (the same state agency responsible for issuing the settlement bonds), Hungarian Tourism Zrt. and the National Development Agency (NFÜ). Perhaps this explains why the latter, which was wound up at the end of 2013, issued a HUF 2.9 billion (USD 13.2 million) tender for media and PR services on the very last day of its existence.