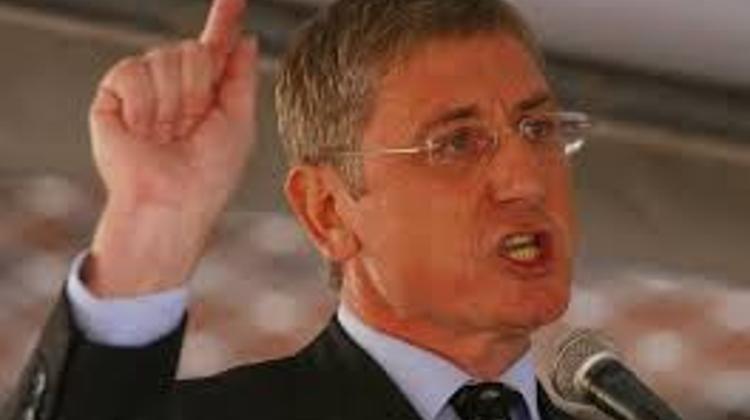 The most important problems Hungary must address are the need to fix its education and health care systems and the state of its cultural and art life, Ferenc Gyurcsány, leader of the opposition Democratic Coalition (DK), said. Gyurcsány said in his annual speech assessing the previous year that DK is offering Hungarians a country in which honesty and not crime is the condition of upward mobility.

He said Hungary is being destroyed “behind the façade” of national security. Gyurcsány said Prime Minister Viktor Orbán has “betrayed” Hungarians while his “minions and soccer fan friends” have accumulated tremendous wealth.

Gyurcsány said that while ruling Fidesz used to treat “privatisation” as a “dirty word”, it is now squandering “one of the country’s most valuable assets”, state-owned farmland, thus organising “the most corrupt privatisation programme” since Hungary’s democratic transition in 1989-90.

On the topic of the migration crisis, Gyurcsány said the prime minister’s stance seeking to exclude refugees from European society is an extremist one.

If security is upheld, Hungary’s labour market could benefit from admitting a limited number of migrants in a controlled manner, the DK leader said. In his view, Orbán’s migration policy may give the prime minister a short-term political victory, but history may later show that he is sacrificing everything that Hungary has fought for over the centuries.

Concerning the state of the economy, Gyurcsány said that while Hungary secured a major investment by German carmaker Mercedes-Benz under his premiership, under Orbán, British luxury carmaker Jaguar Land Rover decided to build its factory in Slovakia.

The former prime minister touched briefly on the proposed constitutional amendment that would create the conditions to handle a terrorist threat and said that Fidesz would “abuse” the specials powers the amendment would grant the government “the same way it abused its two-thirds majority”.