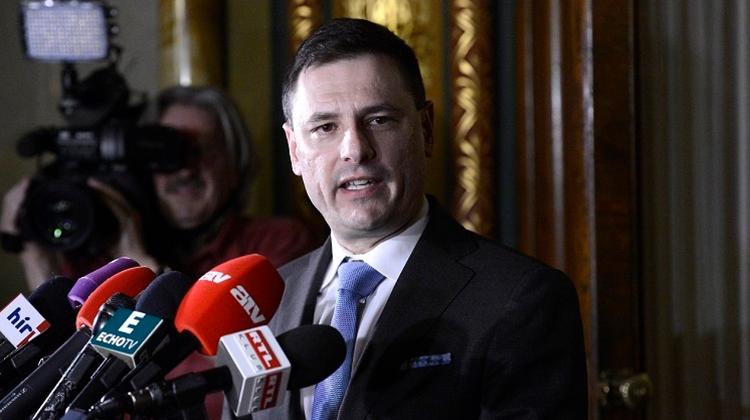 Taxi drivers demonstrating in Budapest should be supported in their call for fair conditions on the passenger transport market, state secretary Bence Tuzson said, citing the government’s position after a cabinet meeting. The Hungarian government sees strict regulation justified in this case, which would apply to all players, he said.

The government will start talks with taxi drivers about long-term regulations which can benefit everyone, include sanctions for offenders and which are feasible from a tax point of view. On the other hand, until this agreement is reached, for at least six weeks, a temporary system needs to be put in place which can exercise sanctions against those who break the rules. This temporary system is likely to include audits by the tax authority NAV, the state secretary added.

The government asks taxi drivers to stop demonstrations and start talks. The National Development Ministry will represent the government during the talks, Tuzson said. Asked if ride-hailing company Uber would be banned, Tuzson said there is no talk of banning just yet, but at the end of the whole process, if Uber does not keep to rules, banning is a possibility. The government will not hold talks directly with Uber nor will it invite them to negotiations, he said.

Hungarian taxi drivers have been obstructing traffic in central Budapest since Monday morning, protesting against ride-hailing company Uber. The continued demonstration has considerably slowed traffic in the Deák Square area in central Budapest. Similarly to Monday and Tuesday, the protesters blocked the junction of Bajcsy-Zsilinszky Road, Andrássy Avenue and József Attila Street on Wednesday too, leaving only one lane in each direction for traffic to pass.

The blockade has caused jams on Grand Boulevard (Nagykörút) as well as along the Danube’s Pest-side embankment.