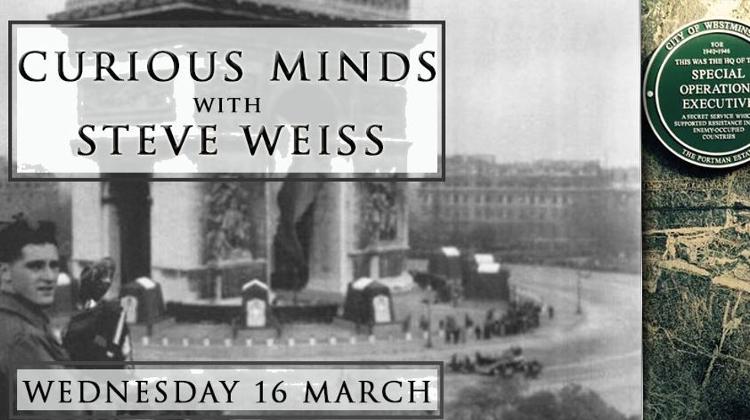 Former Chief Middle East correspondent for ABC News - 'The Deserters: A Hidden History of World War II' author Charles Glass - had long harboured an interest in the subject. But it was only truly ignited by a chance meeting with Steve Weiss - decorated combat veteran of the US 36th Infantry Division and former deserter.

Glass was giving a talk to publicise his previous book, 'Americans in Paris: Life and Death under Nazi Occupation' when the American started asking questions. It was clear, Glass recounts, that the questioner's knowledge of the French Resistance was more intimate than his own.

They met for coffee and Weiss asked Glass what he was working on. Glass recalls: 'I told him it was a book on American and British deserters in the Second World War and asked if he knew anything about it.

Dr. Stephen J. Weiss, is a Senior Visiting Research Fellow on the faculty of the War Studies Department, Kings College London (KCL), part of the University of London. He holds two Masters Degrees, one from Goddard College, Vermont in 'Clinical Psychology,' the other from KCL in 'War Studies.' He received his PhD. in 'War Studies,' from KCL in 1995.

He served as a first scout in an American infantry rifle squad in Italy, France, and Germany. He landed on D-Day in Southern France. Listed as Missing In Action' (MIA) in France, he served with the French Resistance and an OSS Operational Group behind enemy lines. For these exploits, he was awarded the French Resistance Medal, two Croix de Guerre, and the American Bronze Star. He was made Chevalier of the French Legion of Honor, then Officier, and finally, Commandeur, presented to him in Paris and London, from 1999, 2007, and 2013 by the Presidents of France Jacques Chirac and Francois Hollande.

His book, 'Allies in Conflict,' was published in 1996. Other articles followed. An American, with dual citizenship, French and American, he lives in London. Dr. Weiss has three grown children and eight grand-children, all of whom live on the west coast of the United States. His autographical account of W.W.II, 'Second Chance,' was published in 2011, and a French translation is soon to follow.