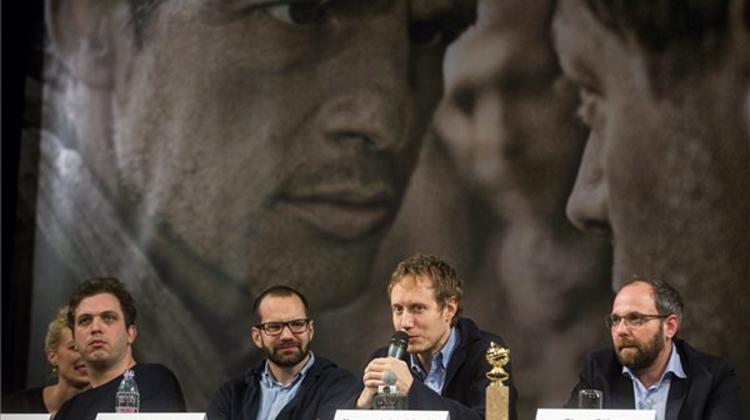 In response to complaints by producers of the Hungarian Holocaust drama Son of Saul, the German weekly Jüdische Allgemeine has corrected its interview with director László Nemes Jeles. The corrected version differs in its title and almost in its entire content from the original one which attributed fabricated answers to the director and provoked sharp criticism.

Asked if the success of the film nominated for an Academy Award surprised him, Nemes Jeles said in the new version that “we made a novel approach to the Holocaust and hoped that it would touch a part of the audience. However, we were not at all prepared to receive such a response, such a global attention.

The awards and nominations enable us to promote and screen the film in as many countries as possible.” In the original version, the paper quoted him as saying that he was surprised by the accolades his film received, but he is also “bored” by them and sees film festivals and award galas as “superficial” events.

The new version quoted the director as saying that “most Holocaust films give the viewer a sense of security and offer them to be strictly observers. Most stories are about survival.”

The Son of Saul, in turn, focusses on the fate of individuals in the process of annihilation, and does not let the viewer remain an outsider said. In the first version, the paper quoted Nemes Jeles as saying that the majority of Holocaust films, including Schindler’s List or La Vita e Bella, are “simply stupid”.

Asked if he was surprised by the largely negative reception of the film in Hungary, the director said that the Son of Saul was one of the most popular films here last year.

He was not surprised by the negative comments as anti-Semitic attitudes are still widespread in Hungary and can be experienced in public discourse day by day.

“The Holocaust is still seen by many as something which Hungary had nothing to do with - either on the victims’ or the perpetrators’ side.” In the first version, Nemes Jeles was quoted as saying that there are still a lot of Hungarians who hate Jews, and if they could they would reopen concentration camps “sooner rather than later”.

Asked about the West’s concerns over the rise of the extreme right in Hungary and how anti-Semitic the Orbán government is, the director said in the new version that open and unbridled anti-Semitism has traditions in Hungarian politics just as in other central and eastern European nations.

“There is no broad consensus about anti-Semitism destroying all kinds of national cohesion. … In turn - and this is a paradox - only Hungary, its National Film Fund, was ready to finance the film. In Germany, Austria, France or Israel we did not manage to get funding or to find co-producers.”

In the first version, Nemes Jeles was quoted as saying that Hungary has been “playing with fire” for a long time, as certain politicians incite to anti- Semitism while the Orbán government has resolutely stood up for the Jewish communities.