Lázár: People Have Right To Express Opinion On Court Rulings 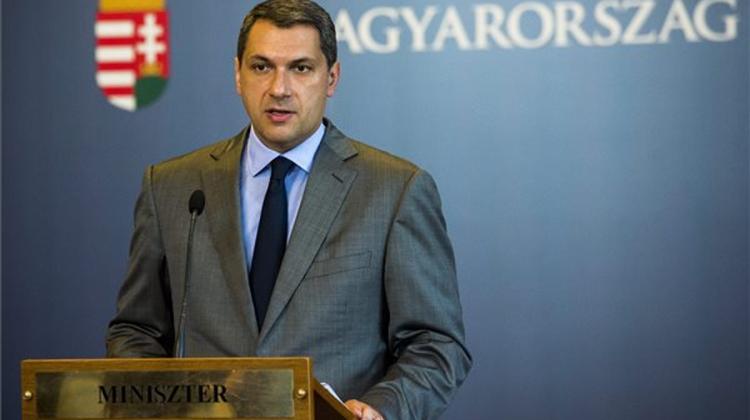 Politicians should not try to influence the work of the courts but ordinary people must not be stopped from expressing their opinion of rulings, the government office chief said. Speaking to a forum in his home town of Hódmezővásárhely, János Lázár said politicians must not put pressure on judges. But at the same time politicians, he said, must listen to the people.

"People are running out of patience and confidence and court decisions which are contrary to their idea of justice can shake their faith in the justice system,” Lázár said, adding that politicians “cannot put their heads in the sand”.

If the law is not up to the job of discovering who is responsible in the case of a serious industrial or natural disaster then the law must be changed, he said.

On Tuesday, the head of the National Judicial Office has called on “representatives of the other branches of state power to respect the independence of judges”.

Tünde Handó referred to critical remarks concerning such recent court rulings as the acquittal of all defendants in the case of Hungary’s 2010 red sludge disaster. “Pressure cannot be put on the courts,” Hando said.

Péter Darák, Hungary’s chief judge, has also warned of the dangers of politicians pressuring the courts if they do not like a ruling. On Monday, Darák said that “Judges must be able to rule freely and without bias, and calling them to account ... goes against the spirit of the constitution”.

A lawmaker of ruling Fidesz said on Sunday that the party is initiating a debate in parliament’s justice committee of two court rulings last week.

The committee will discuss the acquittal of all 15 suspects in a case involving Hungary’s worst environmental disaster, a spill of industrial sludge, and a suspended prison sentence handed down to the capital’s former Socialist deputy mayor, Miklós Hagyó, on embezzlement charges.

Meanwhile, reacting to a comment made at the forum concerning a Strasbourg court decision ordering the state to compensate Hungarian inmates for poor prison conditions, Lázár said it was scandalous and unfair that the European Union appeared to defend the rights of criminals over those of victims.