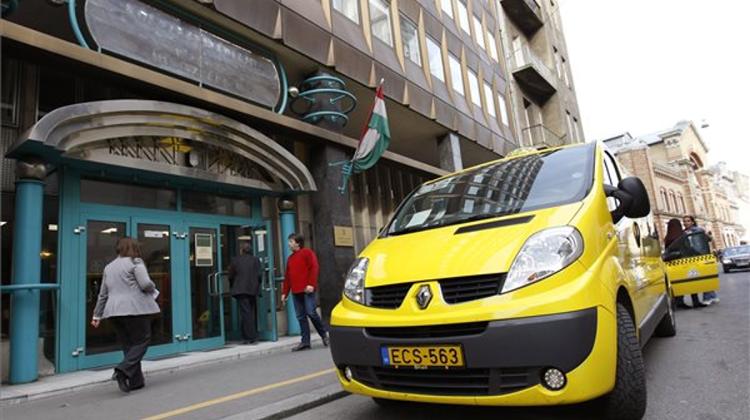 A group of taxi drivers relaunched protests against car dispatcher Uber in central Budapest by partly blocking traffic at Deák Square. Taxi drivers blocked a parking lane, a bus lane and a bicycle lane at the square with 18 cars to demand stricter enforcement of the passenger transport sector rules that were changed earlier this year to create fairer market conditions for taxi drivers.

MTI’s on-site correspondent said the demonstration did not significantly slow down traffic in the area. Róbert Horacsek, a spokesman for the organisers, said the demonstration began in the morning with drivers gathering at Heroes’ Square. They then headed to the headquarters of the Budapest Transport Centre, the National Transport Authority and the Development Ministry, submitting petitions at each location.

A group of drivers also stopped at the US Embassy but did not submit a petition, contrary to earlier plans to do so. The taxi drivers have been granted permission to protest until 8pm on Friday but they have not ruled out extending the demonstration.

Taxi drivers held a four-day partial blockade in January demanding fair conditions on the passenger transport market with the same tax regulations applying to Uber and taxi drivers. In February, Hungary’s tax authority NAV warned Uber drivers that their ridehailing services are a taxable activity and they should pay VAT.

Following a recent audit in which it was established that some two-thirds of Uber drivers were not registered with the authority and did not have a tax number, NAV decided to change policy and stop that practice.

Under the new rules, drivers are required to become self-employed entrepreneurs with a tax number and qualifications required for issuing an invoice after the ride.