Dance Blossoms In Budapest This Spring 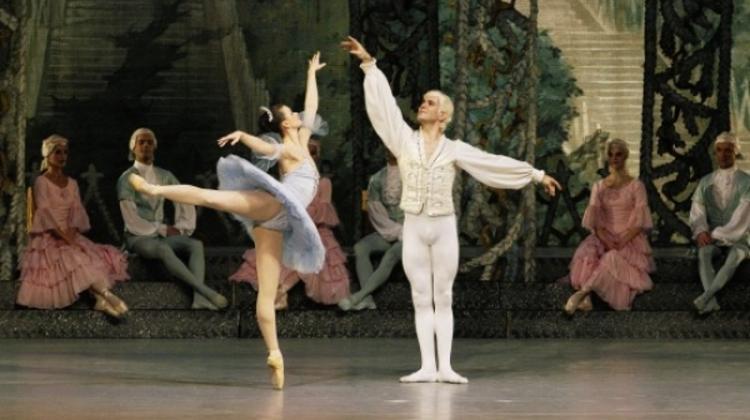 Starting with an International Ballet Gala, next month offers a wide range of great entertainment for dance fans in Budapest. Lovers of classical ballet can see Sir Peter Wright’s version of 'The Sleeping Beauty' at the Opera House. Two new contemporary dance productions and a 'panorama of the Hungarian dance scene' await audiences at Erkel Theatre, such as 'Solaris: Space Fantasy' which premieres on 21 April. High quality is guaranteed thanks to the Hungarian State Opera, read on for a full preview of dance events in Budapest this April.

Internationally renowned ballet dancer and several-time ballet director Iván Nagy passed away in 2014. After returning to Hungary, he had committed himself to the service of his homeland and worked with us again as a consultant to the Hungarian State Opera.

He imparted a wide range of professional knowledge, enhancing the Hungarian National Ballet’s work and leaving a great empty space in our ensemble’s ranks with his demise. In his memory, we each year organise an international ballet gala night, in which soloists from the greatest ballet companies in the world join the artists of the Opera’s ballet ensemble to pay tribute to Iván Nagy’s knowledge and humanity.

A magical fairy tale on the ballet stage danced to the wonderful music of one of Russia's greatest composers. An outstanding piece from the Romantic repertoire, The Sleeping Beauty fuses together all the grace and virtuosity found in the greatest ballets. The extraordinary technical demands of Marius Petipa's original choreography, considered one of the high points of classical ballet, offers dance companies an opportunity to display their talents. The ballet features Sir Peter Wright's concept of Petipa's original ideas and stunning stage sets by Philip Prowse.

Planet in Turmoil by Dóra Barta is homage to Koyaanisqatsi. Godfrey Reggio's 1982 cult film, with music written by Philip Glass, is a wordless poem depicting modern man's loss of balance with images of unique power. Now Dóra Barta has conceived for the Erkel's stage her own personalised "alienation mythology" about the tragedy of humanity's since then even more destructively wasteful treatment of nature through another silent visual language: that of dance, in a production that is likewise set to Glass's repetitive music.

Choreographer Béla Földi has found similarly exciting material in Ray Bradbury's science fiction work The Martian Chronicles, with the magical/mystical journey accompanied by music that the ensemble Solaris had written for Bradbury's stories thirty years ago and which has been a favourite of discerning music lovers ever since.

In the traditional DanceTrend programme, contemporary dancers, arrangers, choreographers and independent companies get a chance to introduce themselves. In the second half of the programme, audiences will get to know the work of the Hungarian National Ballet’s young choreographers.

The Badora Dance Company will perform the choreography by Dóra Barta entitled The Devil's Sand (God Created Man from the Sand that the Devil Brought up from the Depths of the Sea). Fellini Étude by Attila Kozma will be shown by the Miskolc Ballet. The last part of the evening features Between the Balance by Kristina Starostina, Iurii Kekalo and Danielle Gould of the Hungarian National Ballet.

This evening of ballet will feature four unique productions from four Hungarian companies: Uneven (Ballet Company of Győr), Orpheus and Eurydice (Ballet Pécs), Mimicry (Szeged Contemporary Dance Company) and Walking Mad (Hungarian National Ballet). Each of the four one-acts gives a different answer to the question of what possibilities and forms are available to the language of ballet as it seeks new paths forward while building on tradition.