Government Declares State Of Emergency Due To Mass Migration 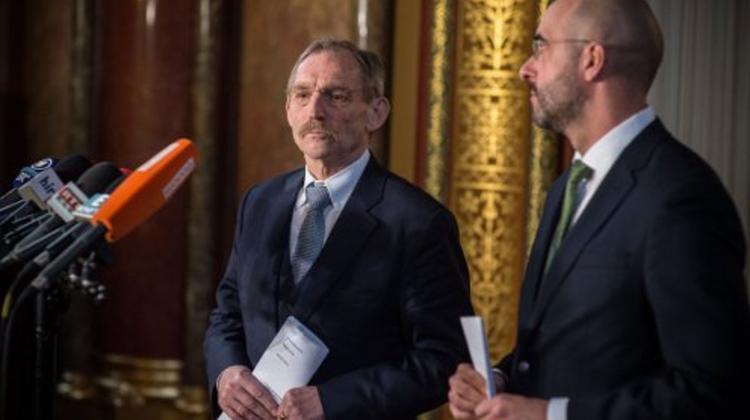 “The Government has declared a nationwide state of emergency due to mass migration”, Minister of Interior Sándor Pintér announced in Budapest on Wednesday, 9 March.

Slovenia, Croatia and Serbia also introduced emergency measures along their borders from midnight on Tuesday. These countries will now also be allowing potential border entrants access to their borders in accordance with the Schengen Regulations, meaning that every arrival will need to have a valid passport and visa if required, Mr. Pintér stated.

Explaining the reasons for tightening border security and declaring the state of emergency, the Minister said that “We do not know what reaction this could trigger among refugees and illegal immigrants who are already present in these countries”.

In reply to a question from the press, Mr. Pintér indicated that in the countries mentioned there are currently about ten thousand people without valid residence permits. “We do not know what direction they will begin moving in, and therefore if needed we must prepare to defend our borders effectively”, he continued.

This is why the Government has decided to reinforce Hungary’s borders and declare a nationwide state of emergency due to mass migration, he added, stressing that in his opinion the country will continue to be able to guarantee the security of Hungarian citizens.

“Significantly more movement” is being observed in the vicinity of the border security fence erected last year between border crossing stations along Hungary’s so-called green border, and these movements are being monitored, he indicated. In addition, asylum request reception centres set up along the border are already full, and he noted that this is expected to cause turmoil similar to last year.

In reply to a question on what concrete measures the declaration of the state of emergency due to mass migration entails, the Minister of Interior explained that police officers and soldiers will be deployed to the border and preparations will also be made “to increase their capacity to react”. He said that 1,500 members of the Hungarian Defence Force will be taking part in the operation, while “large numbers” of police officers from the tactical and public protection divisions of neighbouring county police headquarters will be deployed at the border.

Possible road construction to enable vehicles to access affected sections of the border have been planned for, as have electricity supplies to enable the entire border to be illuminated if required. This means that, although illegal immigrants may appear along the border, “we can apprehend them”, he said; he added that those arrested will be housed “in suitably humane conditions”, and a camp for this purpose will be constructed if necessary.

The required funding is already available, with the budget for possible road construction works, for instance, estimated at some 7.3 billion forints (EUR 23.5M); the Government has already made a contingency decision on this, the Minister stated.

In reply to a question, Mr. Pintér also said that the Ministry has not as yet requested emergency powers; tasks will be performed within the framework of legislation governing the Police and the Hungarian Defence Forces.

When asked whether a fence would also be constructed along Hungary’s border with Romania, the Minister of Interior said that no arrivals of illegal immigrants from Romania had been observed, but preparations were also underway for this eventuality and accordingly the vicinity of the border will be cleared and fencing materials will be transported to the area to enable the construction of a fence within ten days if required. Romania’s Minster of Interior has informed him that Romania guarantees that no illegal immigrants will arrive in Hungary via the country, he indicated.