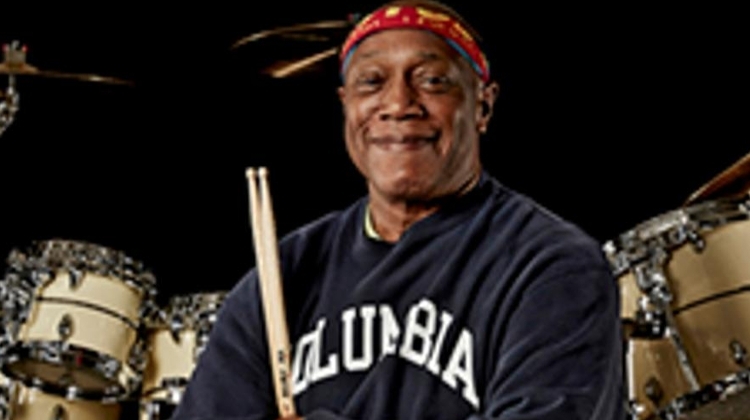 In the recent decades, Budapest has become an important point on the music map of Europe. There are numerous festivals and concert series which run every year in the capital, giving high-quality cultural experiences for Hungarians and foreign visitors too.

But Budapest has missed a showcasing jazz festival with eminent local and foreign musicians at the same time.

Therefore, we launch now the Get Closer Budapest Jazz Fest. Our goal is to found a festival, which from year to year will bring closer the world of the contemporary jazz top performers to the jazz fans.

19:00 Syrius Legacy
The young musicians band aims to demonstrate that the musical legacy of the legendary band, Syrius continues today. The drummer-singer Ákos Benkó won the Vilmos Jávori Jazz Drummer Talent competition in 2012, and since three years he is an assistant professor at the Jazz Department of drums at Ferenc Liszt Music Academy. The bassist Tibor Fónay won the Orszáczky Jackie Bass Talent Show in 2013. For his outstanding artistic performance in 2014 he has got the Junior Prima Prize.

The keyboardist Erik Tempfli graduated at the Kőbánya Music Studio in 2015. The alto and soprano saxophonist Tamás Ludányi has a Master degree at the Department of Jazz at the Ferenc Liszt Music Academy. In the same time he finished his studies at the Jazz Department of the Nuremberg Music Academy. The tenor saxophonist-flutist Izsák Vidákovich finished his studies in 2015 at the Jazz Department of the Ferenc Liszt Music Academy.
Ákos Benó - drums, vocals; Tibor Fónay - bass; Tamás Ludányi - alto saxophone, soprano saxophone; Erik Tempfli - piano, keyboards; Izsák Vidákovich - tenor saxophone, flute

Throughout the history, only a few times musicians were appointed as "master of the instrument". Billy Cobham is one of those few artists. He is a world-class drummer since more than 30 years. He is one of the world's most influential jazz fusion drummers, with an incredible strength, mind-blowing techniques, and at the same time an extremely sensual drummer and composer.

His grooves are unique and unmistakable, plays up to jazz, swing, funk or fusion. Billy can play drums right and left hand on the same way, he uses the "Open Hand" called technique, no need to cross the hands during the play when he uses the hi-hat and snare hits. Cobham is one of the firsts who have used more than three hi-hat and kick drum and/or snare, or even more. Taking the references of Billy (Miles Davis, Mahavishnu Orchestra, George Duke, Peter Gabriel and many others) it is easily recognized that he is one of the most important component and player in the music scene.
Billy Cobham - drums; Jean-Marie Ecay - guitar; Michael Mondesir - bass; Steve Hamilton - keyboards; Camelia Ben Naceur - keyboards.

19:00 Csaba Toth Bagi Balkan Union
The Csaba Toth Bagi Balkan Union combines the Hungarian, Serbian, Macedonian, Bulgarian, Turkish and Croatian folk music with jazz and jazz fusion elements. Their goal is to create music, based on similarities between humans and world music, in which the various landscapes of the world meet to form a common language through music. The album "Aveda Ivenda" (Winter comes) of the Balkan Union appeared in 2011 at the Enja Records.

On the album they work together with world famous musicians such as Al Di Meola, Dave Weckl, Ernie Adams, Thomas Butch, Gumbo Ortiz, Fausto Beccalossi as their guests. This highly unique, special production was first presented at the Szeged National Theatre, with co-operation of Al Di Meola and Fausto Beccalossi. The sold out cd release concert was followed by another series of concerts in 2012, with Trilok Gurtu and Mike Stern.

The recording of these concerts appeared on CD and DVD in 2014. Currently they are working on their new album, with special guests, which among the other musicians, we mention: the Cuban pianist Gonzalo Rubalcaba, the Italian accordionist Fausto Beccalossi, the Moroccan Rhani Krija, who is well known from the band of Sting.

20:45 GFS Trio – Trilok Gurtu, Paolo Fresu, Omar Sosa
Three great and captivating personalities, three seemingly different worlds of music and cultures, as well as three stunningly virtuoso musicians: they are the GFS Trio. It wouldn’t be enough to say that the band of Trilok Gurtu Indian percussionist, Paolo Fresu Italian trumpeter and Omar Sosa Cuban pianist, keyboardist as they fused their musical world is the most enjoyable; it’s much more!

A breathtaking production born on the stage, which rarely the audience can hear and not just in Hungary, but also anywhere in the world. The real joy of music is the highest level you can enjoy, a great interest in art, where in each others thoughts born as visceral reflections, as if they are not just fellow musicians, but at least brothers. All the boundaries are blurred between different musical styles and cultures, and only the MUSIC filles the stage, with its overwhelming power.

19:00 Bass Loco
The Bass Loco was formed as a trio in 2008 under the leadership of Barnabás Tomor, and since then it has been an ongoing player in the underground jazz scene of Budapest. Their music is characterized by rhythmic, improvisational jazz-funk-rock mood, melody and a variety of musical colors. They were playing in trio till 2010, when Brandon Mezzelo (tenor sax) joined the band. Since spring of 2012 they are on stage with Tamás Mohai (guitar) and Gábor Weisz (saxophones). In 2013 the band’s first CD and DVD were published taken from live recordings. From 2015 with new line-up, with Ádám Czitrom (guitar) will continue on. The members of the band are also playin gin several other jazz and musical formations.

20:45 Richard Bona Quintet
Richard Bona was born in 1967 in Cameroon. His grandfather played music on percussions and sang, and his mother was a singer. At the age of four he began playing on balafon, at the age of five years he played at the church of the city. Later Bona has prepared his own musical instruments such as flute and guitar. His talent was quickly noticed, as he was called often for events and festivals. Bona started playing guitar at the age of 11, and at the age of just 13 in 1980, he founded his first band at Douala’s jazz club in France. In 1995, he moved to New York, where he still lives and works. Settled in New York, Harry Belafonte took him under his wing.

For several years he was Belafonte’s musical director, then he became an important member of Joe Zavinul’s band. He played with almost everyone from the jazz greats as Herbie Hancock, Bobby McFerrin, Quincy Jones, Chick Corea, Pat Metheny and Chaka Khan too. His first album was published in 1999, entitled Scenes From My Life, and he also collaborated on Jaco Pastorius Big Band's albums, as well as countless other performers, like Harry Belafonte, George Benson and the Zawinul Syndicate. In 2002, Bona undertook a world tour of jazz guitarist Pat Metheny, and in 2005 released the fourth album under the name of Tiki. Currently he gives lessons in the New York University’s Faculty of Music. His last album was published in the spring of 2013 entitled Bonafied.

During the festival we will host also a photo exhibition about jazz musicians by György Kallus and an installation of the world famous Italian sculptor, Pinucco Sciola from his new project, Sound City.

Tickets are available at www.getcloserconcerts.com