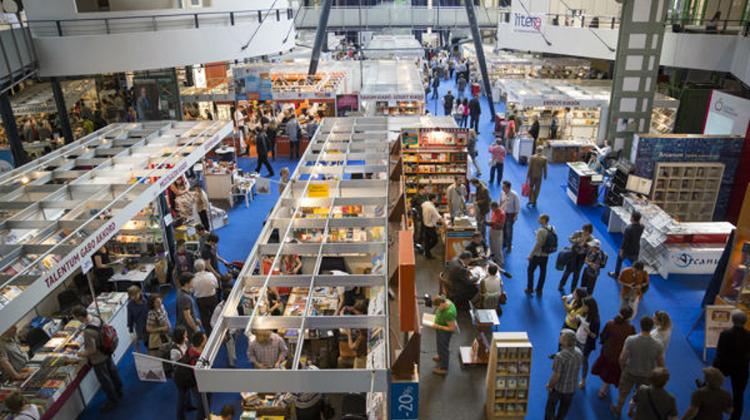 On April 21, by evoking the old Catalonian custom of exchanging a gift of flowers and books the 23rd International Book Festival Budapest will ceremonially open its gates. The Hungarian Publishers' and Booksellers' Association, organizer of the festival, was one of the first organizations adopting World Book and Copyright Day honouring creative work and the importance of reading – the significance of this day were even mentioned in the speech of Árpád Göncz, President of Hungary in 1995 at the opening ceremony of the 2nd International Book Festival Budapest.

It was also in 1995 when we first invited a country justly proud of its book culture to be or guest of honour and to present their culture and their contemporary literature at a representative exhibitor's stand – a tradition lasting ever since.

In the last two decades we received the cream of European, Transatlantic and Far-Eastern book publishing. Many of our guests of honour returned as exhibitors in the following years, some of them regularly. In 2016, Slovakia will be the one to present its contemporary literature, authors and culture as our esteemed guest.

The word 'international' in its name is something the festival clearly deserves: more than 30 countries will be represented either by an exhibitor's stand or by one or more authors.

More than twenty years ago the Hungarian Publisher's and Booksellers' Association, supported by the city mayor of Budapest and the Municipality of Budapest, established Budapest Grand Prize, which become the highest honour granted to a foreign author in Hungary, thanks to the receiving authors of considerable international ranking. This year's Guest of Honour Writer is one of the most famous author of contemporary Norwegian literature: Jostein Gaarder. His works, thanks to the excellent translators, have been well-received by the Hungarian readers. For the occasion, Noran Libro Publishing is preparing the Hungarian edition of the novel Anna as well as two reprints of Mr. Gaarder's earlier works, Sofie's World and The Solitaire Mystery.

As it is now a tradition, we will also organize European First Novel Festival, an event created by broad range European collaboration. With the help of the diplomatic corps and cultural institutes in Hungary HPBA will be hosting the most talented first novel debutants of the continent for the 16th time. Organized by Éva Karádi, editor in chief of Lettre, European First Novel Festival helped over 200 young authors to be introduced for the first time on the international stage.

Many of them became noted authors in their countries since then. Which is even more important, many of these debutants had more than one of their books published in other countries after since their debut at the festival. Even if we only account for the Hungarian authors, this proves how big of a help this event can be to start a writing career.

The Hungarian debutants in the last few years were names like Krisztián Grecsó, György Dragomán, Réka Mán-Várhegyi, Edina Szvoren or Viktor Horváth, the last two being the receivers of the Europe Literature Prize in 2015 and 2012 respectively. This year's Hungarian participant will be announced later.

We are proud of the fact that the festival gains more and more allies and partners in each year. This year, again, we will be partnering up with Kis Könyves Éj (Indie Bookseller's Night), an event organized by the independent bookstores of the city. Upon the closing hour at Friday, those who are interested will be offered a guided tour of the participating bookstores, which are going to host cultural programs well into the night.

Just like in the previous years, we are also offering a wide range of programs for all the ages: book launches, trade talks, exhibitions, music performances, book signings and many more. A detailed list of these will be available soon on this site.

From the very beginning International Book Festival Budapest aimed to have all main members of the sector think of the festival as a forum of their own, a place where they can air their concerns and celebrate their success. Librarian's Club is now a more than 20 years old player of the festival, hosting conferences and smaller events for professionals where authors, publishers, librarians and agencies can discuss the most important matters. Association of Hungarian Literary Translators will also be attending and hosting programs.

HPBA puts a big emphasis on offering space for the younger generation of readers. Children's Lit Kingdom is still one of the most popular features of the festival. Our traditional costume contest, Costumed Literature will be on again this year. The participating groups or even school classes will be enacting short dramatic performances dressed as their favourite literary characters.

A special feature of our festival is that, unlike at other European book fairs, at Millenáris, serving as a huge bookstore, the displayed books are available for purchase, from the first moment of the festival to the last. Even the price of the entrance ticket, HUF 500, can be deducted from the price of a purchase. In collaboration with Új Könyvpiac, we will air a catalogue with all new titles available for purchase at the festival, and mark all new titles with a distinctive label at the exhibitor's stands to make it easier for our visitors to find them.

The closing act of the 23rd festival will be the traditional event organized to pay respect to Hungarian authors of note: the Birthday Literary Salon, hosted by Tamás Tarján, with the participation of authors celebrating a milestone birthday in 2014. Participants will be announced later.