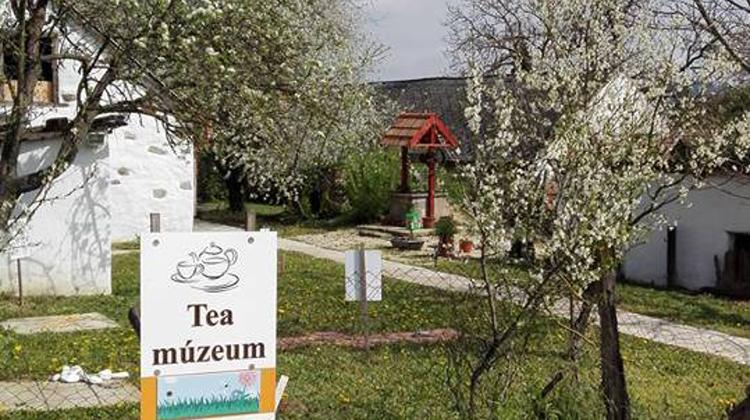 Located at the edge of Zalaszántó village, in the Balaton Uplands National Park, discover an unusual “living museum” that offers visitors the opportunity to experience traditional English culture in heart of the Hungarian countryside. Tea is the second most consumed beverage in the world and can trace its’ origins back over 4000 years.

Guests at Florridora’s Pantry can follow the story of tea and its’ customs from the earliest beginnings to the present day. However it is in the authentic English Tea shop that a wide range of teas and delicious homemade cakes and pastries await the visitor. Ken Jones, co-owner, said the long family history of baking has helped develop the museum, that is unmatched in Hungary.

“Both sets of our Grandparents were cooks. My grandparents – Florrie and Harold – were employed at the famous “Betty’s Tea Room” in Harrogate, England and Neil’s Grandmother – Dora – was a housekeeper and cook in a large house, rather like “Mrs Lipton” from the television series “You Rang M’Lord”.

Neil Stevens, also a co-owner, added “We are lucky to have our families’ vintage cookbooks and it is from these that we create our cakes and pastries – in tribute to our Grandmothers’ skills. Wherever possible we use our homegrown ingredients, such as freshly laid eggs from our chickens or fruit and herbs picked from our garden. We avoid using artificial additives and this is reflected in the taste of our treats, nothing like mass-produced supermarket cakes. Every cake and tea we serve is made by us with special care.”

In addition to the small, but interesting exhibition, guests both young and old can relive their childhood memories in the play area where old fashioned street games can be played. During the summer months tea can be taken outside within view of the herb and rose garden. “We believe we offer a unique experience – a little piece of England in picturesque rural Hungary”.

The enterprise was established in 2015 with the aim to promote rural tourism and introduce English customs and tea drinking rituals to a wider audience. Zalaszántó is situated in the Balaton Uplands National Park and is a popular destination with visitors both from Hungary and abroad. Locally the tourist destinations of Hévíz, Sümeg and Keszthely can be found and within the village itself is the famous Buddhist Peace Stupa.