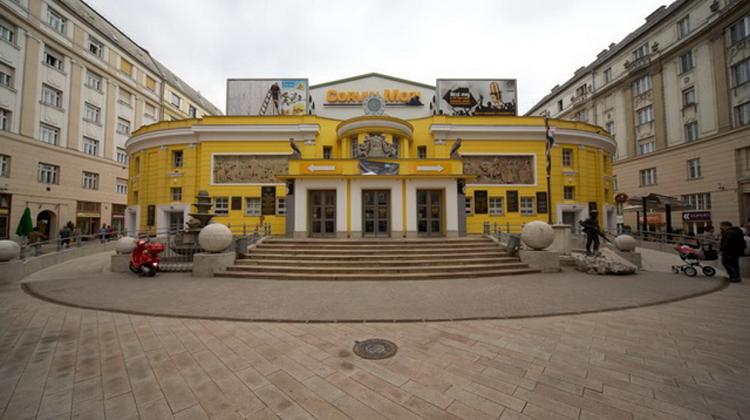 In most languages the word for cinema is something similar to the French term cinématographe, originally coined by the Lumière brothers in the 1890s, who borrowed it from the Greek κίνημα ‎(kínēma, “movement”) adding the French suffix -graphe. Not in Hungarian.

This  is an excellent clip with song in the wonderful Tivadar Bilicsi’s interpretation:

The fun element of the word MOZI is its connotation with a dumb chick called Berta about whom there is a frivolous song in Jenő Heltai’s popular play first performed in 1907:

”And since Berta is a big goose (i.e. dumb chick), so she went to the move – movie –movies”

The word invented by Heltai soon became so popular that it replaced the official term MOZGÓFÉNYKÉPSZÍNHÁZ. No wonder, two syllables instead of six.

The first MOZI opened in Budapest in 1896 and soon became part of coffee house (KÁVÉHÁZ) entertainment. Not only the Budapest cinema network is unique but Hungarian contribution to film-making is also a matter of pride. Hungarian cinema is still among the best internationally.

The ”invasion” of Hollywood by Hungarian emigrant film-makers including George Cukor or Michael Curtiz is legendary. Hungarian films have been nominated for Oscar awards nine times, and István Szabó’s Mephisto won an Oscar. The latest nomination came in 2015 with László Nemes Jeles’s Son of Saul and in 2 days’ time we will learn if it won the Academy Award.

What do you think Hungarian films? Many foreigners think they are too gloomy.