Xpat Opinion: Religion Is Not A Private Matter According To The Hungarian Government 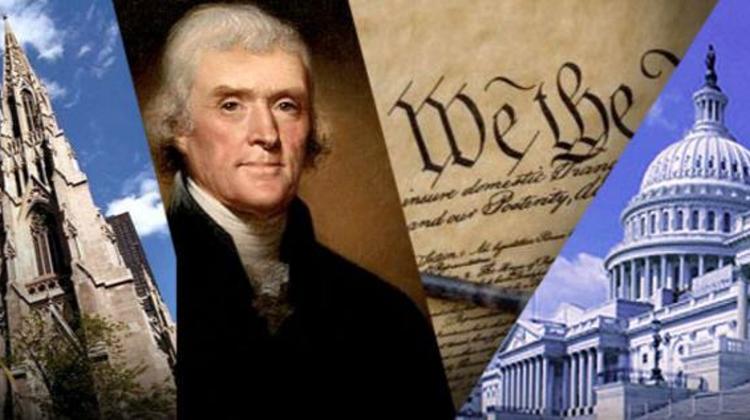 A month ago Zoltán Balog, minister of human resources and an ordained Hungarian Reformed minister, ruffled the feathers of those who take the separation of church and state seriously. The occasion was a speech he delivered in Szombathely at a thanksgiving service upon the completion of a steeple for the local Hungarian Reformed church and the installation of three new bells.

Balog was present because his ministry gave a 43.3 million forint grant for the steeple and five million for the bells. When all was said and done, the 29-meter steeple cost 73 million and the price tag of the bells, which were cast in Poland, turned out to be 10 million forints. From the Népszabadság article it is not clear who paid for the cost overrun.

Balog in his speech announced that “religion is not a private matter. The confession of faith is the most personal public issue.” It is for that reason that the government considers it important to support the construction of churches. Népszabadság’s reaction to the news was “Back to the Middle Ages? According to Balog, religion is not a private matter.”

Balog’s pronouncement shouldn’t surprise anyone because the Hungarian right’s belief in a close relationship between church and state has been of long standing. The first reference I found to this “personal public” concept was Lóránt Hegedűs’s assertion in 1998 that “religion is not a private affair but the most personal public matter.” The same language Balog used. Hegedűs, the openly anti-Semitic Hungarian Reformed minister, is, after all, Balog’s colleague.

In 2006, during the heat of the election campaign, Zsolt Semjén, chairman of the Christian Democratic People’s Party (KDNP), attacked Prime Minister Ferenc Gyurcsány, who had announced earlier that “religion is a private matter.” Semjén at this point turned to Cardinal József Mindszenty, who in 1946 had claimed that “where religion is a private matter there is corruption, sin, and cruelty.” He added that Hitler also thought that religion is a private matter and “soon enough came the Gestapo, Auschwitz, and jail.” Because of the machinations of SZDSZ politicians, an “amok-runner” was let loose on the country, who is now destroying the heritage of St. Stephen. A huge outcry followed Semjén’s accusations.

A couple of years ago members of Catholic Radio met with church leaders. During this meeting Bishop László Rigó-Kiss, one of the most reactionary Catholic bishops, expressed the church’s demand that church news should be spread widely in the media because “religion is the most personal public matter.” The same notion was expressed by Fidesz Mayor Attila Ughy of Budapest’s District XVIII, who added that for this reason the District financially supports, to the tune of 25 million forints, both Catholic and Hungarian Reformed churches.

The debate over the private versus public nature of religion has a long history. Perhaps the best known expression of the belief that religion is a private matter comes from Thomas Jefferson, who in his letter to the Danbury Baptists wrote: “religion is a matter which lies solely between Man & his God, that he owes account to none other for his faith or his worship.”

What led me to this topic today was a recent opinion piece by Gábor Czakó, a Catholic writer who established a separate association of Catholic journalists. The article appeared in Magyar Idők. We learn from Czakó that the Kádár regime “transformed religion, the greatest public matter, into a private affair.” It was “inspired by a liberal idea.” The Kádár regime was so successful at implanting this erroneous idea into the heads of people that even right-wing “thinkers” believe that “the Christian faith is a private matter while Islam is a way of life.” But this is not so as long as there is a “templum,” which is a community gathering place. Liberals and socialists, however, first harassed Christians and Christian churches and finally declared the Christian religion to be a private matter.

Here are a couple of historical examples of real religiosity that Czakó cites. “Who remembers nowadays that during the kings of the House of Árpád there were more than one hundred holy days when work was forbidden and even later people devoted a third of the year to God? It was the Freemason Joseph, the hatted one, that suppressed them.” Czakó is talking about Joseph II (1741-1790), who declined to be crowned king of Hungary because he refused to swear to Hungary’s feudal constitution. Therefore people called him “kalapos király,” the hatted king. According to Czakó, the “snake of liberalism” is seemingly on the winning side against God and man, but slowly people are returning to God and away from liberalism.

Nowadays talk about Christianity in Hungary often ends by asserting its superiority over Islam. Czakó points to Jesus’s teaching “Love your enemies and pray for those who persecute you,” which he claims is unique among world religions. Czakó finds clear examples of such Christian charity among Hungarian kings. His first example is St. Stephen, who successfully repelled Emperor Konrad II, whose army in 1030 got as far as Győr but had to retreat. The Hungarians even occupied Vienna. So far the story is true, but I found nothing about Hungary’s saintly king feeding Konrad’s starving troops, as Czakó claims. His second example is another incursion into Hungary, this time in 1051 by the troops of Henry III, Holy Roman Emperor. In Czakó’s story András I fed the starving German soldiers. Again, I found nothing about this great act of generosity.

Hungarian churchmen and devoted members of the Catholic and Hungarian Reformed churches categorically reject the notion of religion being at heart a private matter. This goes against mainstream thinking on the subject in western thought. Today, the overwhelming majority of people consider their relationship to God or to organized religion to be private. With the rejection of liberalism, this important tenet is being attacked in Hungary, not only by the churches but also by the government.