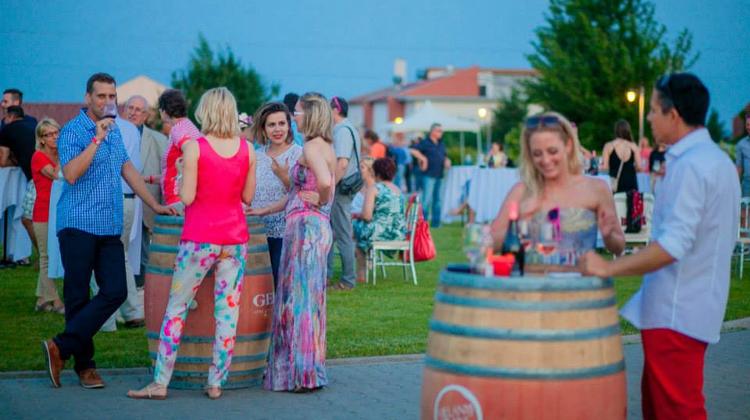 The 10th and 11th of June will be hotter than ever in Villány say organisers of this event. The five-year old GERE Jazz Festival will host a fiesta starring the founder and singer of the Matt Bianco band, who will play with his new line-up.

"Five years are not a significant time in the life of a festival, but it is still a point to celebrate, thus Latin fiesta was chosen as central theme of the 5th GERE Jazz Festival. This event promises a mix of scents, tastes and aromas with effervescent jazz melodies and magical sights. At the party hosted by the garden of Gere Attila Winery as usual, guests could easily immerse in an imaginary world with even hotter air than supposed to be in the Mediterranean Villány.

Star of the festival, Mark Reilly, founder and singer of the Matt Bianco band, worked together with the Dutch New Cool Collective formation to record ”The Things You Love” album, which was released in the beginning of this year. All top hits of his newly issued album are on the playing list in Villány, while world famous hits of the cultic Matt Bianco band cannot be missed either such as ”Whose Side Are You On?”, ”More Than I Can Bear”, ”Half A Minute” or ”Get Out Of Your Lazy Bed”.

The real curiosity of this event is that both formation and playlist of the band enlarged to nine people are all going to be début here in the 5th GERE Jazz Festival in Hungary.