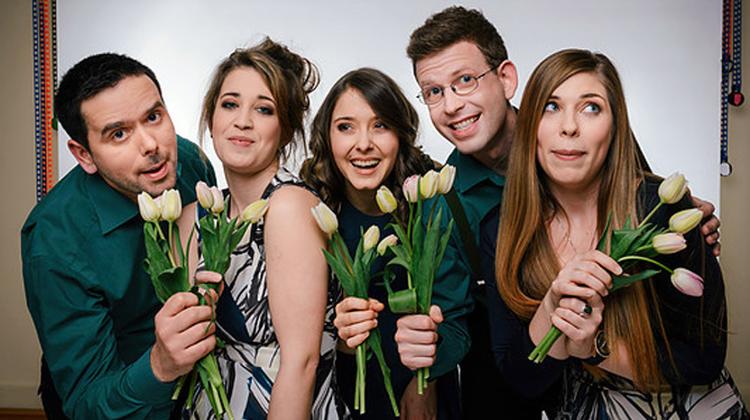 The latest music festival of Budapest, the purely vocal Budapest A Cappella Festival – featuring music versatile in space, time and genre – introduces exciting international productions and the very best from Hungary. The program will be organized by Hangvető on June 17-19 at the Várkert Bazár Öntőház courtyard – also sponsoring the event – as part of the Dunapest (contemporary all-art festival).

The newest pearl of the Budapest music festival portfolio, the Budapest A Cappella Festival offers easy summer entertainment, including purely vocal music without instrument by the Georgian polyphonic men’s choir, stories sung from Zimbabwe to Finnish folk hop. The event was launched last year to create traditions, and this year – by popular demand – will be extended both in terms of time and program. This year it lasts 3 days, and further to Hungarian performers international ensembles will also be staged.

The Finnish Tuuletar for example stands for clear proof that a Finnish tradition close to nature can also develop into something really cool and urban. Four girls, four strong personalities will bring the impressive mix of beatbox and Finnish folk to the festival.

If you ever had the good fortune of listening to Bulgarian polyphonic songs, you know exactly how special and pervasive these melodies are, being both close to our hearts and attractively different. Abagar truly and giftedly represents this, featuring the magnificent voice of the young singer.

The music of singer and composer Vusa Mkhaya – being of Zimbabwean origin and living in Vienna – expresses the joy of singing. The songs are about the “ubuntu” ideology, based on human virtues and human communities, in the broadest sense. Sometimes the music emerges the darkest moments of the country’s recent history, however the concert features the joyful and liberating experience of music.

Kongero delivers the purified elegance, that Swedes are known for. Four female voices merge together with faultless accuracy, offering an insight into sweet and sometimes melancholic Swedish folk songs.

Mamadou Diabate is the star featured on the last day. Diabate originating from Burkina Faso and living in Austria is the modern master of West-African music traditions going back to the 13th century. He introduces Sambla and Tusia music traditions, as well as his own – award winning – compositions using an instrument resembling the xylophone.

Obviously the Hungarian representatives of the a cappella genre will also be stages, including the excellent a cappella pop formation Fool Moon. The audience is charmed by the joyful and swinging presentation, however Fool Moon is relaxed by being highly accurate and maximalist – culminating in pure pop sung on male voices.

Jazzation has been the representative of high level a cappella singing in Hungary for more than ten years. The three female and two male voices could also rule the stage individually, however in a choir their expressive power is multiplied. Be it jazz, folk music or pop, Jazzation entertains the audience with a highly refined and valuable production.

Romengo earned great merits already at the opening gala of WOMEX15 brought to Budapest by Hangvető, where the magic voice of Mónika Lakatos and the authentic Vlach music earned them the admiration of the international music world. Following plenty of work, international acknowledgement and countless tours abroad, they still play with modesty and credibility, but still the effect of their music is overwhelming.

Dunapest is a contemporary art and urban festival held on June 16-19 in Budapest, at locations along river Danube, in cooperation with the Budapest Metropolitan Municipality. Further to offering high quality entertainment, the festival also targets to promoting cultural dialogue and inspiring cooperation, raising attention to connections between the Danube and cities alongside.

Sponsors of the A Cappella Festival: National Cultural Fund, Várkert Bazár, Embassy of the Kingdom of Sweden in Hungary, Scandinavian House, Bulgarian Cultural Institute, Finnagora and the Austrian Institute Budapest.

Free admission for children under 14