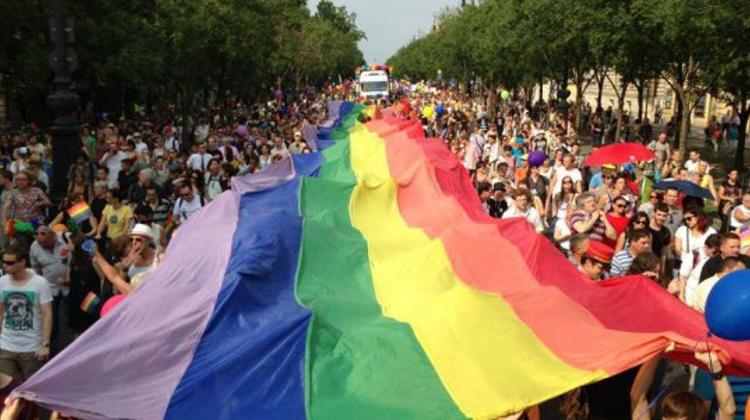 The 21st Budapest Pride LGBTQ festival got under way on Friday evening. The events which will conclude on July 3 are organised by the Szivárvány Misszió (Rainbow Mission). The organisation’s head, Szilvia Nagy, called for political discourse not to be abusive, humiliating or degrading. She also expressed hope that the government spokesman would acknowledge Pride week.

Rather than fencing off Pride marchers, the police should keep the handful of disruptors away from them, she added. At the New Orleans Club on Friday evening, a letter of greeting by the ombudsman for fundamental rights, László Székely, was read out to the crowd. In it he said that LGBTQ people, like other minorities, were integral and valued members of society.

Sexual orientation and gender identity are essential aspects of someone’s personality, and there is a need to put these aspects under special protection, he added in the letter.

Society can only be whole if people can be open about essential features of their personality rather than concealing them due to the stigmas attached to these by the mainstream, Székely added. A commemoration of the victims of the recent shooting in Orlando was held at Friday’s event.

The programme for the week includes concerts, exhibitions, theatre shows, dance lessons, a run round Margaret Island and a picnic, as well as games and discussion roundtables.