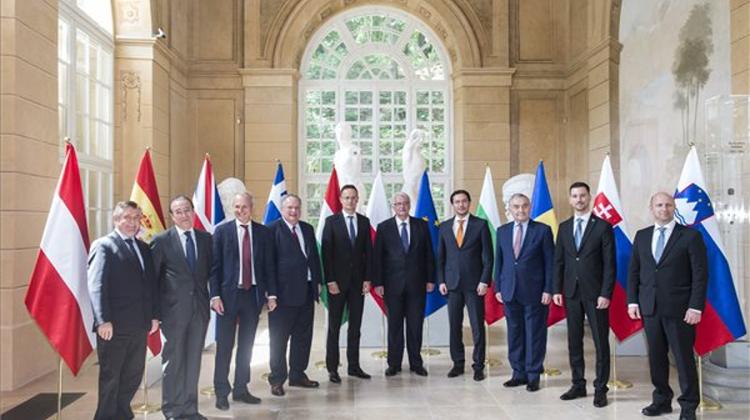 Hungarian Foreign Minister Péter Szijjártó said it was “not right” to put pressure on the UK government to begin talks on its exit from the European Union. “It is up to the Britons to decide when they file their request to leave the EU,” he said after talks with his counterparts from other three Visegrad countries, Germany and France in Prague.

The minister noted that “hundreds of thousands of central Europeans” were employed in the British economy, as an example for priorities to be considered during the Brexit talks.

“It is not at all unimportant what deal the parties will arrive at, and what future regulations will apply to those people,” he said. Szijjártó also said that the EU had no experience in members quitting, and the “framework for exit talks is rather uncertain”.

He called for as much dialogue between member states as possible. Speaking later after talks between top foreign affairs officials of ten of the EU’s non-founding member states in Warsaw, Szijjártó said calls for EU institutions to take the “personal consequences” after the UK’s decision to leave were “perfectly legitimate”.

The British government has already drawn the right conclusions from the vote concerning the personal responsibility its members had had in its outcome, the minister said, adding that EU institutions, on the other hand, had yet to do the same. Britain’s decision to quit the EU is a “failure” and a “truly unfavourable development” for the bloc, he reiterated.

Szijjártó said it was a “serious problem” that the UK’s vote to leave had not prompted EU leaders to consider what needed to change in the bloc.

“It is completely wrong and a mistake” for EU institutions to want to continue with the policies that led to Britain’s vote to leave, he said.

The minister called talks with his colleagues in Warsaw useful but added that there were still disagreements on certain questions.

The meeting was attended by the foreign ministers of Poland, Hungary, Bulgaria, Greece and Romania as well as high ranking officials from Britain, Austria, Spain, Slovakia and Slovenia.