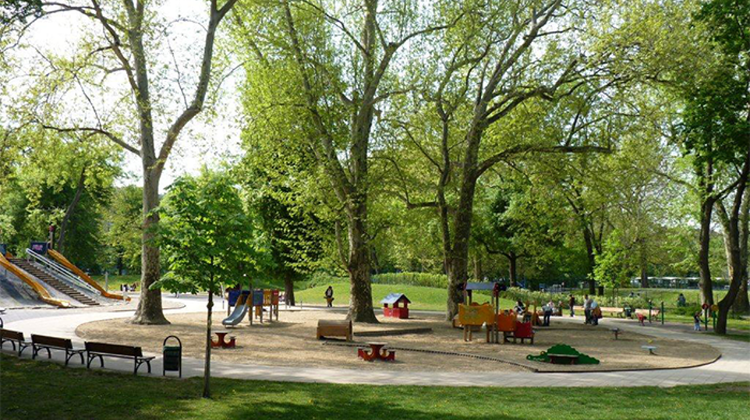 Activist group Ligetvédők (Park Protectors) occupied a building Tuesday in Budapest’s Városliget (City Park) in protest against the Liget Budapest development plan there. The group had been using the area of the former open-air bar and restaurant Kertem as their camp and base of operations since March.

The newly occupied building is the recently renovated “Yellow House” which stands in the Hungexpo area of the park. The building was used for a couple of years as an arts school but has since stood empty. However, the building is in pristine condition, compared to other buildings in the area which are in need of repair.

The Ligetvédők entered the building Tuesday after finding the door unlocked. The police received several complaints and arrived but, finding no traces of damage, neglected to evict the new tenants or press any charges, according to 444.hu.

The group plans to use the building to organize conferences about the future of Városliget, plus cultural and community events. As the building is within a fenced area and is a public space, the protesters are within their rights to assemble to demonstrate there.

However, since the properties in the park have been turned over to Városliget Ingatlanfejlesztő Zrt., the publicly owned but privately run development authority set up by the government to develop the city’s oldest public park, the protesters can be evicted from the building with the countersignature of a municipal clerk.

In response to a question put to them by 444.hu, Városliget Zrt. said it “remains confident that all elements of the park’s renewal can be solved by a consensus-based dialogue”. Meanwhile, the protesters claim that the police are called by developers and investors to force their removal on a daily basis.

According to the group’s Facebook page, their aim is to “protect one of Budapest’s largest green areas”. The Liget Budapest project plans to erect 4 new buildings in the park, including the new National Gallery (relocated from the Budapest Castle), the Hungarian House of Music, Museum of Ethnography and Városliget Theatre.

The project has been criticized for encroaching on one of the most used green spaces in the city, and for its plans to cut down 3% of the park’s 6500 trees (at least 195 trees), by the project director’s own estimates.

Liget Budapest planned to start cutting down 40 trees around Kertem in March this year but protesters managed to cease the work, and only 7 trees were cut down and further plans put aside in that area “until the dispute is resolved”, according to 24.hu.