Once Upon A Time In The Future Of Food And Agriculture 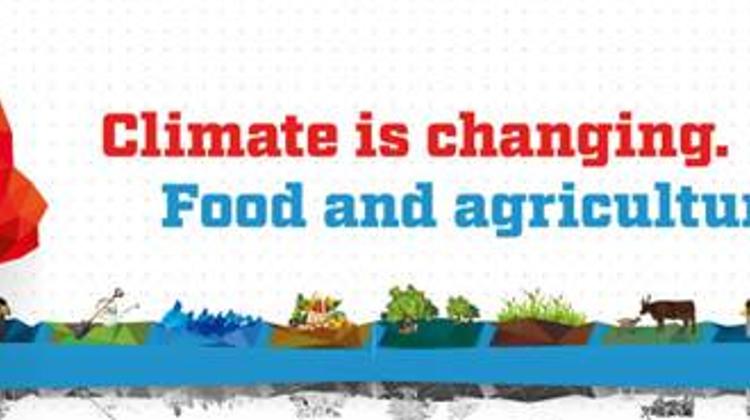 Through a new global video and poster contest, announced today, FAO is asking the world's children to help it highlight how climate change is making the task of feeding a growing world population all the more challenging - and what we can all do, together, to meet that challenge.

The number of people on the planet is expected to grow to over 9 billion by 2050, and FAO estimates that global food production will need to increase by 60 percent to keep up with all the new mouths to feed. Meanwhile, the world's small scale and family farmers -- who produce much of the food we eat -- are among those being hit hardest by higher temperatures, droughts, and weather related disasters associated with climate change.

That's why FAO picked "Climate is changing. Food and agriculture must change too," as the theme of World Food Day 2016 (WFD 2016), which will be celebrated on 16 October.

The World Food Day poster and video contest aims to give children an opportunity to explore this theme and express their ideas about the relationship between climate change, the food we eat, and the causes of hunger -- and share them with others.

Children and teens aged 5 to 19 are encouraged to learn about the WFD 2016 theme and use their imagination todigitally design, draw or paint a poster that explores it. Or, if they prefer, young people aged 13 to 19 can produce a video no longer than 1 minute, and upload it to YouTube with the hashtag #WFD2016VideoContest, instead.

To give young minds added inspiration, FAO has teamed up with the well-known Italian illustrator and designer Lorenzo Terranera to create a companion picture book. In it,children will recognize their favourite fairy characters as they discover solutions to climate challenges in an enchanted world.

To learn more about the rules of the contest and how to participate, visit the World Food Day 2016 poster and video contest page www.fao.org/WFD2016-Contest.

FAO celebrates World Food Day each year on 16 October to commemorate the founding of Organization in 1945. Events are organized in over 150 countries across the world, making it one of the most celebrated days of the UN calendar.