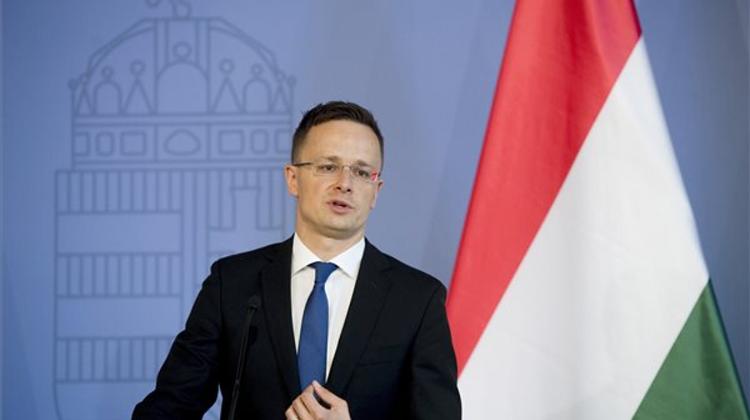 Europe must learn the lesson from Brexit, Foreign Minister Péter Szijjártó said. The first lesson is that “people’s opinions should be heard, even in Brussels,” Szijjártó told a press conference on the British vote to leave the European Union.

The second is that it is not possible to avoid the consequences of politics that neglect Europeans’ opinions or go against them, he added.

It is in everybody’s interest to have a strong Europe but that is only possible if the EU gives real responses to serious challenges because Europe cannot be strong if its responses weaken the member states and the EU. An additional lesson to be learnt is that “the age of sincere politics must come to Europe”.

In the recent period, the EU has pursued hypocritical politics concerned with political correctness and as a result, it was unable to offer the correct responses to a number of challenges and crises. These responses were consequently made by the member states, he added.

He said the unprecedented and complicated process of the UK’s exit from the EU would last about two years. Among the questions that will be tabled during the period are the status of foreigners from other EU member states living and working in the UK and the UK’s net contribution into the EU budget, he said.

There are “probably more” Hungarians in the UK than the 55,000 reported by their national statistics office, he said. The UK’s contribution to the EU budget makes up about 8% of the total, he added.

Szijjártó said Hungary is already cooperating with the Visegrad Group on dealing with the impact of the UK referendum and is open to working with other countries in the region on the matter, too.

Agriculture Minister Sándor Fazekas told MTI that he hopes the UK will sign a trade agreement with the EU that would continue to make it possible for Hungarian products to reach the British market. Hungarian companies mainly export quality products like wine, processed meat and sweets to the UK, he added.