'Valley Of Arts' Festival, Kapolcs, Now On Until 31 July 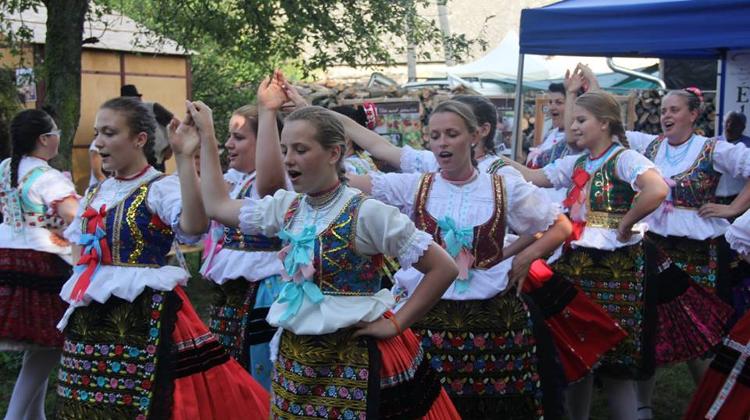 The Valley of Arts Festival welcomes its visitors for the 26th time with 26 stages and 40 exhibition yards in Hungarian villages Taliándörögd, Kapolcs and Vigántpetend.

The secret of Hungary's largest multi-art festival, the Valley of Arts, is in its liberated atmosphere and the series of cultural, musical, theatrical, literary programs. In recent years the festival has undergone a thorough „facelift“. In order to maintain its original values along with a fresh design the festival program has also been expanded and the technical conditions of the stages, yards were improved.

The organizers this year paid special attention to programs attracting young people, so families will find numerous programs for children. Besides the stage of the pop/rock music there is a greater focus on theatre, folk music, classical music, literary events, exhibitions and emphasis is put on engaging more people in environmental issues and „green“ topics.

"Our mission is to draw more people to arts in a fun and easy-going way and introduce them to the values of the folk art, give them the opportunity to listen to high-quality jazz, pop, rock music and attend classical music concerts, theatre performances, exhibitions – as well as take part in excursions and just simply learn about the local values and the beauty of the local natural surroundings. The Valley of Arts‘ audience is a very enthusiastic crowd, a fantastic community and this community is the one that we would like to please and expand."- said Natalia Oszkó-Jakab, the program and marketing director of the Valley of Arts Festival.

Throughout the 10 days of the festival one may see the performances of the current Hungarian pop/rock scene with bands as FISH!, Hiperkarma, The Kolin, Ocho Macho, Elefánt, Kiscsillag, Irie Maffia, FIRKIN, Bea Palya, Brains, Paddy and the Rats, Seaside, Anima Sound System, Félix Lajkó and Budapest Bar. During the festival season of 2016, Valley of Arts is the only place where Erik Sumo Band would perform, as invited by Veronika Harcsa.

In 2016 the festival organisers put a greater emphasis on theatrical and cinematographic programs and created a theatre-film set of venues in Taliándörögd. On the Theatre Stage of Taliándörögd some of the greatest contemporary Hungarian troupes will perform.

The Hungarian National Theatre will launch a new stage, the „Nemzeti-Szín-Tér“, where the Kaposvár University students will also perform along the greatest Hungarian actors. The Hungarian Theatre and Film Academy students present a really colourful 10-day program as well.

Fans of film may also find some novelties in Taliándörögd as they will have a chance to get to know the Hungarian Theatre and Film Academy students’ fresh work along with the current best international documentaries of the Budapest International Documentary Film Festival (BIDF). The great film screenings are going to be followed by discussions involving the creators of the films. Poetry lovers may find something for themselves at both Kaláka Poetry Yard and the Hungarian Writers' Association mill.

Catholic churches of Kapolcs and Vígántpetend will be filled with music as fans of classical music may listen to pianist Endre Hegedűs here, or to the trumpeter George Geiger. The Hungarian State Opera house ambassadors will hold several performances, Gergely Rákász organ player will give an outstanding concert, and here one may also find out how Edina ‘Mókus’ Szirtes can give new meaning to Hungarian and French poems. The greatest performance of the genre would be held in Taliándörögd by Concerto Budapest.

Numerous exciting programs and concerts await children at the Harcsa Veronika Yard, at Wartburg “Church garden”, at Design Terminal Yard, at the Hungarian Writers’ Assotiation’s mill and at Kaláka Poetry Courtyard, the latter being the most beloved yard of children. There are theatre performances and workshops in Taliándörögd at the Theatre Yards and Stages, we may “draw music” at the Classical music venues, take part in fun jazz versus stand-up performances with András Hajós and Modern Art Orchestra, we may go cycling with Vilmos Gryllus.

There will be Bea Palya concert for children at the Momentán Yard, kid’s playground at Fonó Yard, puppet show in Taliándörögd, folk games at Muharay Yard, board games at Csipszer-garden and Dióda Yard.

A great selection of the wonders of Hungarian folk tradition may be witnessed at the Muharay Yard through concerts, folk songs, barn theater, dance, fashion shows, fairy tales and games in one place. One may learn Hungarian folk dances at Folk Yard everyday from night till dawn, or just take part in the daytime arts and crafts workshops, singing tutorials, fairy tales for children, evening dance workshops, concerts and adult tales. The Museum of Ethnography will also appear on several locations, Fonó Buda House of Music this year has put together a full 10-day festival program of world music.

Several civil organisations collaborate on various programs, shows, exhibitions, games and experiments that await visitors. Both adults and children may find out more about the treasures of Balaton Uplands, bats, volcanoes, birds and stars.

In addition to the program and concert venues, there are around 40 exhibitions offered to the visitors.

Among the villages visitors may use the “Snail” festival buses free of charge in order to be able to hop from one venue to another.