Hungarians Staying Abroad To Heed Warnings Of The Authorities 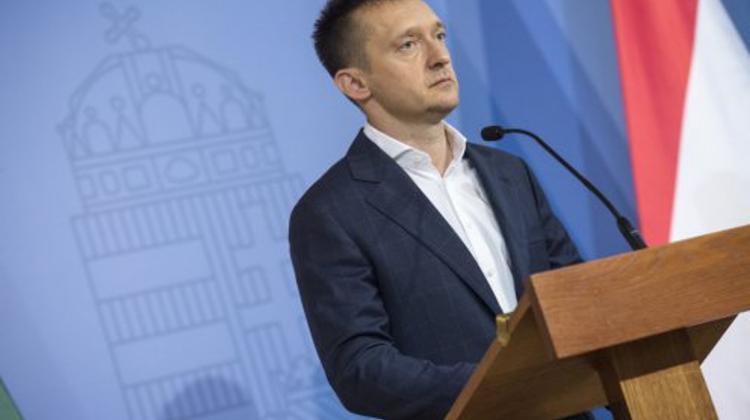 On behalf of the Government, the head of the Cabinet Office of the Prime Minister asked Hungarian citizens staying or travelling abroad to heed the warnings of the authorities regarding the threat of terrorism in every instance. Antal Rogán stressed that Europe’s exposure to the threat of terrorism has increased with migration.

The head of the Cabinet Office of the Prime Minister said at his press conference held in Budapest on Sunday that the Government will discuss the European Commission’s latest proposal relating to the distribution of refugees which the Cabinet sees as a threat to both Europe and Hungary as in addition to the flood of illegal immigrants, the proposal on the mandatory quotas „would spread” the risk of terrorism on the continent as well.

Illegal immigration and terrorism go hand in hand. Europe’s exposure to the threat of terrorism has increased with migration, he stated, pointing out that more than 300 Europeans have fallen victim to the various terrorist attacks to date.
Mr Rogán advised those travelling abroad to register on the Internet before their departure so that – should they find themselves in trouble abroad – members of the local consulate would be able to contact them and provide help.

The Minister asked everyone to seriously reconsider travelling to Turkey as the country carries an increased security risk according to the rating of the Hungarian Foreign Ministry, even if the seaside holiday areas appear to be safe at present.

„Quite evidently, quite a few of the immigrants who arrived in Europe also featured as the perpetrators of acts of terrorism”, Mr Rogán said, and mentioned as an example that the vast majority of those who committed the terrorist attacks in Paris were illegal immigrants, and some of them travelled through Hungary on their journey to Europe.

The head of the Cabinet Office of the Prime Minister further told the press that they regard the European Commission’s proposal as particularly dangerous because it may increase immigration. The knowledge that the Member States of the EU would under any circumstances take them in would not deter migrants setting out for Europe, but would encourage them to come, Mr Rogán said, and remarked in this context that in Libya alone there are more than a million people waiting to set out for Europe, while there are 3 to 4 million potential immigrants in the refugee camps in Turkey.

The Hungarian Government therefore takes the view that Europe should not concentrate on the distribution of immigrants, but on the protection of its borders which the Cabinet will advise to Brussels in the form of a proposal following its meeting on Wednesday, he added.

Mr Rogán pointed out that the Commission’s proposal is all the more dangerous for the Central-European countries, including Hungary, because Brussels seems to have heeded György Soros’s recommendation, and will attempt to raise the funds necessary for supporting the immigrants by levying new taxes and reducing the cohesion and agricultural grants.

The Minister finds the Commission’s proposal in question unfair also on account of the fact that it penalises the Member States which reject the mandatory quotas twenty-seven times more than the reward that is to be given to the countries which agree to take in the immigrants. This is contrary to the ideal of the Treaty of Lisbon, and therefore the Hungarian Government refuses to accept it, Mr Rogán said, and added that Brussels continues to turn a deaf ear to the voice of the European people.

„It seems that only Hungary listens to what the people have to say from among the Member States of the European Union at present”, the Minister said, who believes that this is one of the reasons why the Government regards the quota referendum to be held on 2 October as particularly important, as by virtue of this referendum „the Hungarians may be the first in Europe to state their opinion on the Brussels Commission’s immigration policy”.

Mr Rogán said in answer to a question that the incidents in Turkey highlight that the European Union cannot rely on another country for the protection of its own borders, and therefore the Hungarian Government continues to recommend that the EU should reinforce its external borders everywhere.

At the press conference Tamás Menczer, the press chief of the Minister of Foreign Affairs and Trade recommended to Hungarians travelling abroad that they consult the website konzuliszolgalat.kormany.hu and register there for consular protection before they leave. The Ministry’s representative asked that only those in trouble should contact the consular services by telephone, while in all other instances Hungarians planning to travel abroad should opt for administration via the Internet if possible. He reiterated that the consular services are able to provide assistance primarily with the replacement of lost documents, as well as in connection with crimes and health care issues.

The importance of registration multiplies after an act of terrorism as this is the only way the consulates can contact and help Hungarian citizens staying in the given country, Mr Menczer underlined. According to his information, based on the latest reports, there is no Hungarian citizen in trouble in the wake of the coup attempt in Turkey.