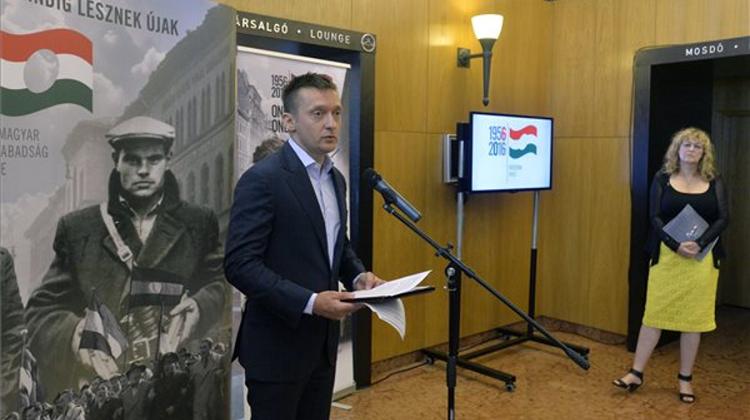 Europe must come to grips with the fact that the danger of terrorism is growing with the arrival of more migrants, cabinet office chief Antal Rogán said in an interview on public radio. Commenting on the terrorist attack in Nice, he said Brussels must weigh a radical change of the European refugee policy at present and stop immigration, because the current one offers an incentive for immigration.

All signs point to the failure of Western Europe to integrate immigrants, which is why more migrants should not be let into Europe, rather migration must be halted. In much of Europe, people are against migration, but it appears that Brussels does not want to hear the voice of the people, he said.

Hungary is the first EU member state ready to listen to the opinion of the people, which is why there will be a referendum on October 2 in which the country can decide whether to accept Brussels’ ultimatum, he said. Rogán said migrants continue to push along Hungary’s border in spite of a fence and Hungary being one of the strongest protectors of European borders.

“It’s hardest to cross the border into Hungary illegally”, still attempts are being made continuously. Foreign nationals who cross into Hungary illegally and are caught within eight kilometres of the border are returned to reception centres on the other side of the fence, but still in Hungarian territory. This is in line with European norms; Austria does the same thing, he said.

There are official channels for submitting applications for refugee status, but 90% of arrivals have no right to make such an application under Hungarian law or EU rules, Rogán said. At a subsequent press conference, Rogán said the government would discuss the European Commission’s latest proposal for distributing refugees among member states.

The government believes establishing mandatory refugee quotas would both increase immigration and raise the risk of terrorism across the continent. He noted that more than 1 million people in Libya alone are waiting to come to Europe, while another 3-4 million potential immigrants are in Turkish refugee camps. Illegal immigration and terrorism go hand in hand, he added.

Rogán called the Commission’s proposal on quotas unjust, because sanctions for states who refuse immigrants are 27 times greater than the rewards for states that do take them in.

Europe needs to concentrate on protecting its borders, not on distributing immigrants, he said. Rogán urged Hungarians with plans to travel to Turkey to reconsider following an attempted coup d’etat there.

Security risks in the country are elevated, according to the foreign ministry, though seaside resorts there appear to be safe at the moment.