The Ultimate Summer Experience In Budapest 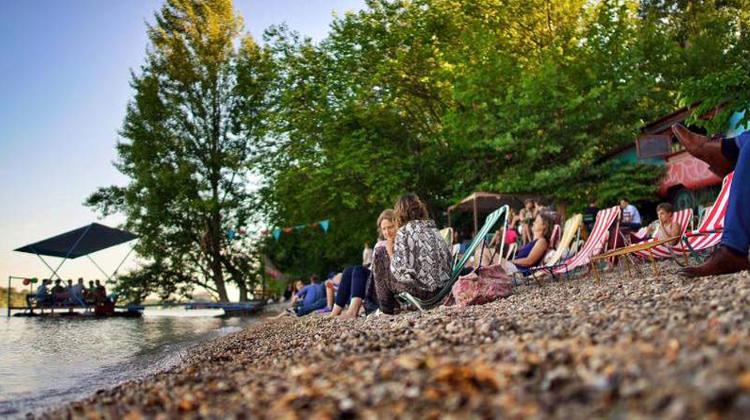 If your desire for the best summer ever happens to coincide with a trip to Budapest then you’re in for a treat. Like many places, the sun brings out the best of Budapest, with parks and plazas filling to the brim and terrace bars springing to life all over the city. A little bit of insider knowledge goes a long way when seeking out the best things to do in Budapest – so we thought we’d help you out:

If you’ve done any research at all, then you’ve probably heard of the ruin pubs. Originally set up over a decade ago, they were intended as a place where young people could relax, express themselves and listen to music away from the stuffy bars that used to dominate the downtown.

Today they’ve firmly displaced those stuffy bars to become a dominant force in Budapest’s nightlife and tourist attraction all of their own. They can be found all over the city, often inhabiting some of its oldest and most inspiring buildings, and can be spotted thanks to their eclectic decoration and mismatched furniture. Many also have courtyards and this is where you’ll find most of the action come summer time, as locals and visitors alike gather to enjoy the sun. If you want to explore these special places in the city with a local guide and with other like-minded travelers, make sure you sign up for a tour with Budapestlfow.

Sziget is the best summer music festival in Europe

Sziget Festival is a week-long music festival held, uniquely, on Hajógyári Island in Budapest. Emerging from humble roots as a gathering of local students in 1993, it’s grown to become the largest culture and music in Europe and sees the island transformed into the “Island of Freedom”. Complete with multiple stages, a fairground, an art zone and even a beach, it’s earned itself the nickname of ‘the Burning Man of Eastern Europe’.

If you’re planning to visit for the whole week, sort your tickets fast as these days they sell out months before the festival starts, although day tickets are usually available up to and through the event. Same goes for booking accommodation in the city, although camping options are of course available if you feel like getting into the thick of it. And make sure you buy their CityPass, which gives you money off admission to a number of attractions so you’ve got something to do once the festival is over. Watch our video below from Sziget 2015.

Take some good Hungarian wine, add some sparkling water, mix and you’ve got yourself a fröccs. It might just sound like a wine spritzer to you, but to locals, it’s sacred. We have Ányos Jedlik to thank. Back in 1842 he invented a way to create carbonated water on mass and paved the way for the invention of Hungary’s favourite summer beverage.

The key is in the ratios, and there are dozens of varieties depending on how heavy you want to go on the wine and, indeed, whether you want red, white or rose. There’s even an iPhone and Android app to show you how.

As to where you can find fröccs, well, just about any bar will have it on offer, but for the true authentic approach, look for a place that gives you a bottle of wine and a bottle of soda and lets you mix it yourself at your table. If you think you’ve mastered the art of fröccs-making, then take our fröccs quiz to test your knowledge.

While for many of us, a BBQ involves sausages and steaks grilled over some charcoal, in Hungary things are done a little differently thanks to the enduring popularity of its national dish – goulash. It’s a soup (never a stew) of meat, vegetables and paprika, seasoned with spices and sometimes served with Hungarian noodles and sour cream.

It was first popular with shepherds in the 9th century and was cooked in a large metal cauldron, known in Hungary as a bogrács, over an open fire. Today, there are a number of bars including Két Rombusz, Margitutcakilenc and Dürer Kert that have fire pits and cauldrons available to rent. Or if you prefer a more DIY approach then Normafa, Hármashatár Hill and Népsziget are all popular places for an outdoor BBQ.