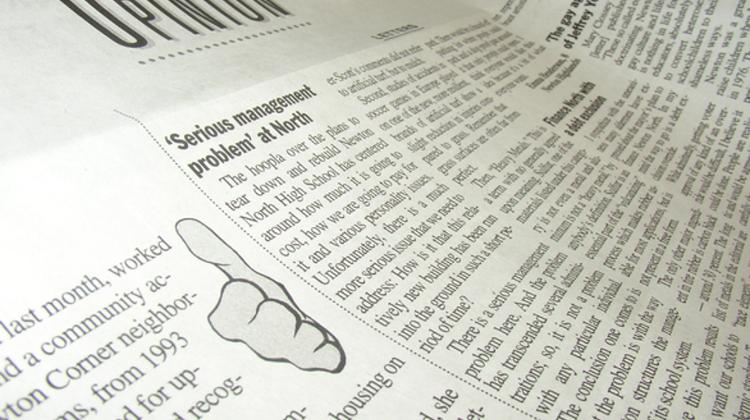 Commenting on ambiguous statements by top government officials following the Brexit referendum, left-liberal commentators wonder if Viktor Orbán’s government wants Hungary to leave the European Union. Magyar Nemzet suggests that such declarations were only meant to promote a high turnout at the quota-referendum, due to be held in the autumn.

In a widely discussed statement on Thursday, János Lázár, the Minister in charge of the Prime Minister’s Office said that if a referendum were to be held on Hungary’s EU membership, he ‘could not wholeheartedly vote to stay in the European Union’. While he also emphasized that the Hungarian government is not even considering a referendum on EU membership, and that his view is strictly personal, the minister’s remarks sparked turbulent reactions in the Hungarian media and then in the British press.

The very next day government spokesman Zoltán Kovács told ATV television that he would vote for Hungary’s exit ‘if the question were to be put in terms of the EU’s current immigration policies’. After two such high-profile, hard-to-decipher statements on ‘Huxit’, other prominent Fidesz politicians have scrambled to confirm their commitment to stay. Foreign Minister Péter Szijjártó told Index on Friday that it is in Hungary’s utmost political and economic interest to remain in the European Union, while Zoltán Kovács was quoted by pro-government Magyar Idők on Saturday as saying that his words on ATV had been misinterpreted.

Népszabadság‘s analyst thinks that Mr Lázár’s words may have been intended as a test to see ‘under what banner’ he could personally become more independent. In the left-liberal paper’s opinion piece Gábor Horváth notes that the minister’s ambiguous utterance (‘could not wholeheartedly vote for staying in’) means he could still vote to remain, even if only half-heartedly. Nevertheless he does not have to, Horváth stresses, since Viktor Orbán has declared unambiguously that there will be no such referendum in Hungary.

The author quotes a recent Pew poll showing that 61 percent of Hungarians hold a favourable view of the European Union. He also quotes statements by Mr Orbán, and his Minister for the National Economy Mihály Varga suggesting that leading figures in the government would not even consider testing the ground for a referendum on exit at the moment. However, Horváth warns, Fidesz appears to be grappling with the question and there is a danger the governing party will find itself one day in the very same situation the Tories manoeuvred themselves into in Britain, desperately trying to find out who is to lead them and where.

On hvg.hu, Gábor Bojár a prominent Hungarian IT entrepreneur agrees with the opinion that after Brexit, Hungary is the next possible country to leave the European Union. He claims that it is the Prime Minister who wants an exit, but at the moment this would go against the will of the majority. Bojár thinks Viktor Orbán is an outstanding politician, and fully conscious of the numbers, but the Prime Minister has begun systematically working to build up the necessary mass support for an exit vote.

This is what, the author argues, the anti-Brussels and anti-migration campaign and the quota referendum are all about. Bojár disagrees with the argument according to which Mr Orbán would never want to leave the Union because of the EU funds he would lose. He suggests that for Viktor Orbán money is not a goal in itself, it is only a means to hold political power.

There might as well be a master plan to keep up the political heat in the run-up to the quota referendum this autumn, György Pápay suggests in his Magyar Nemzet editorial. For the quota referendum to be valid, opponents have to be made to vote, too, the author explains, and suggests that a government that appears to have the intention to leave the European Union can mobilize them. However, if that was the goal Mr Lázár wanted to follow, he might have taken it a bit too far, Pápay muses.

Viktor Orbán knows that one should not kill the goose that lays the golden eggs, Magyar Nemzet’s pundit suggests, implying that funds coming from Brussels are simply too important for Hungary. Pápay therefore believes, that János Lázár’s remarks were only part of a personal attempt to build up a tougher image to please core Fidesz voters, just in case he can try his hand at becoming prime minister, should Viktor Orbán’s luck run out.