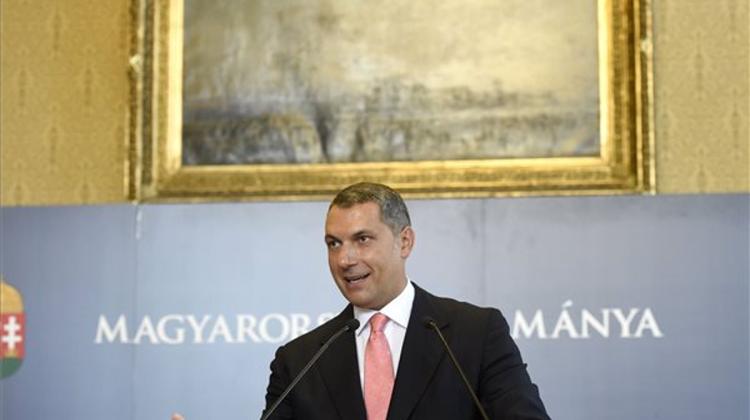 The government considers sports as a “strategic sector and a national cause”, János Lázár, the government office chief, told a weekly press briefing. The achievements of Hungary’s athletes in the 2016 Rio Olympics and in past years will help the country’s bid to host the Olympics, Lázár said. He called Hungary one of the most successful “sporting nations” in the world.

Hungary is the only top Olympic performer not to have hosted the Games yet, he said. All conditions are in place for Budapest to organise such events, he added.

The government will further strengthen its commitment to sports in future by providing all the infrastructure and financing necessary to ensure that adults and children have daily exercise and the new generation of athletes have at their disposal the best facilities possible, Lázár said.

The economic cabinet has decided to provide priority funding for the European Rhythmic Gymnastics Championships Hungary will host in 2017, he said. Lázár gave a detailed outline of the past few meetings held by the newly set-up strategic and economic cabinets.

Meetings addressed planned changes to the institutional system supporting the state administration, including a plan to lay off 20% of the workforce. He noted that the State Treasury will become the only central agency responsible for payments of state supports and public benefits.

The strategic cabinet has decided to continue plans to build new barracks for firefighters and new lawenforcement facilities, with 5,000 new workplaces created by 2018, Lázár said, adding that the government has rescinded its decision to build a prison in Bátonyterenye, in northern Hungary.

A decision was also made on tightening conditions for establishing windfarms in an effort to protect the environment, he said. Further, he noted decisions to approve Hungary’s Digital Child Protection Strategy and establish social care centres.

Lázár said that the strategic cabinet reviewed a plan to set up courts specialising in public administration matters with Tünde Handó, head of the National Judicial Office. Responding to a question, Lázár dismissed the claim that the new courts would handle “sensitive political issues”, saying the aim is to settle public administration issues speedily. The government will launch cross-party talks concerning the system, he added.

Answering a question concerning Flórian Farkas, the prime minister’s commissioner on Roma affairs, he said Farkas had attended a hearing by the European anti-fraud office OLAF and questions not answered at the hearing would be answered in writing.

The government can provide reassuring answers to OLAF, he added. In response to a question about controversial journalist Zsolt Bayer, who received Hungary’s Order of Merit, knight’s cross, he said he regretted that many other recipients had returned their awards in protest against his perceived anti-Semitism and racism.

“The award is granted not by the government … but by the Hungarian state, which should be taken into consideration by those who returned their own awards,” he said, adding that some of Bayer’s achievements were beyond doubt, such as the series entitled “1,100 years in the centre of Europe”.

“I of course do not agree with the free language he used in his editorial pieces but that does not distract from ... his film series, books and expressions of support for ethnic Hungarians in the Carpathian Basin,” Lázár said.

Bayer’s award was not initiated by the government but a civil proposal was approved, he added.