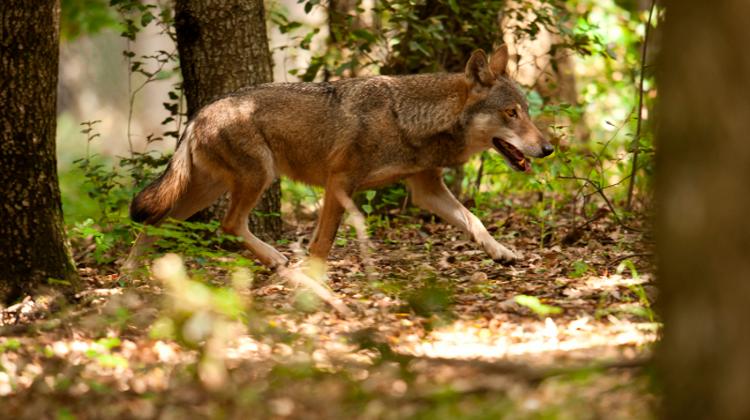 WWF Hungary received new footages from camera traps placed at the Aggtelek National Park, Northern Hungary. The footages show an entire family with eight cubs, in daytime, playing in the forest on Hungarian territory. This unique video marks the success of the efforts to save the natural habitat of large carnivores in Hungary. These cubs are going to leave their mother in late September, at start of the hunting season, becoming especially vulnerable to illegal shootings.

The first two footages show a young grey wolf out in the wild during daytime and in the night. “Actually it was this young animal that, eventually lead us to the ‘new family’ of its mother. This wolf was born last year, while the newly discovered eight cubs are approximately 3-3,5 months old.” – revealed Ádám Szabó, the wolf researcher of Aggtelek National Park.

The footages were taken by the camera trap, donated by WWF Hungary to support the research of large carnivores in the national park. Due to the efficiency of the research and the threatened safety of the currently discovered family, WWF Hungary has given two additional camera traps to the Aggtelek National Park.

“We aim to support the efforts of the national park to gain further information about the large carnivores coming back to Hungarian forests. The new camera traps are going to deliver HD resolution footages with sound recording.” – told us László Gálhidy, head of forest conservation at WWF Hungary.

Camera traps do not only help us gain important information about the large carnivores coming back to Hungarian forests, but they can also serve as a protection against their shooting, which is illegal in the country implying legal prosecution.