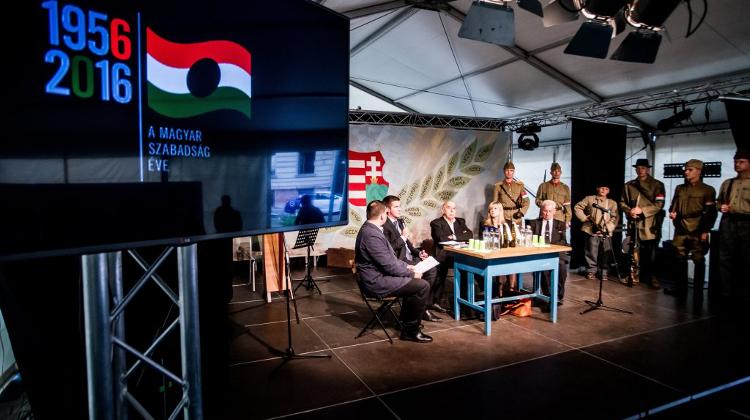 A memorial park opened on Friday to honour the young freedom-fighters of Hungary’s 1956 anti-Soviet revolution, known as “the boys of Pest”. Opening the park at Budapest’s Mihály Horvath square, in the eighth district, Mária Schmidt, co-chair of the memorial committee for the 1956 anniversary, said the goal of the commemorations this year was to “remember and help those remember who had never lived in a dictatorship”.

“The freedom-fighters were everyday people who had become heroes,” Schmidt said, adding she would like people to learn the names of the heroes. She added that the commemorations on the 60th anniversary of the revolution should be about freedom and national cohesion.