Simicskó: Citizens Can Contribute To Hungary’s Defences On Oct. 2 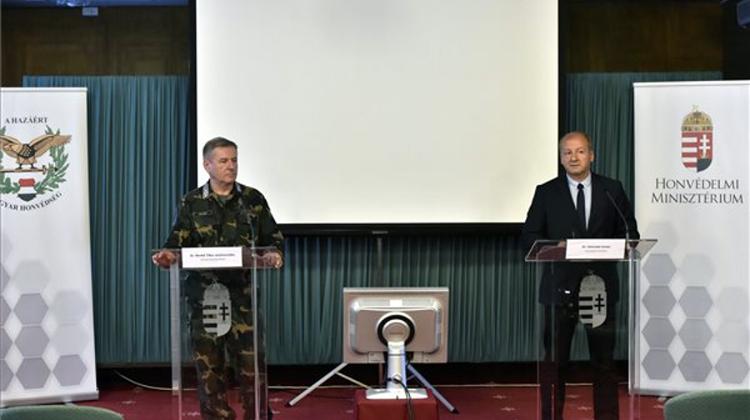 Hungarian citizens will have a chance to contribute to their country’s defences on October 2 when they vote in the migrant quota referendum, Defence Minister István Simicskó told public Kossuth Rádió. Hungary’s defence rests on three pillars: the Hungarian Armed Forces, international military cooperation and citizens’ willingness to make sacrifices, Simicskó said. Hungarians can now feel that their help is needed, he said. But they do not need to arm themselves and go out to the border.

All they must do is show up for the referendum and reject mandatory migrant quotas by voting “no”, the minister added. He insisted the “European elite” were still considering redistributing migrants among European Union member states, which he said would be a mistake. Simicskó said that the referendum could have ramifications beyond Hungary, arguing that if voters reject migrant quotas, more and more countries could follow Hungary’s example.

This could persuade “European bureaucrats” to take into consideration European values, he said. The terrorist attacks Europe has experienced in recent months have killed more than 300 people, bringing about a critical need to establish a joint European army, he said.

The recent intense military cooperation among the Visegrad Four (V4) grouping of Hungary, the Czech Republic, Poland and Slovakia, forms a good basis for such an army, the minister said.

Under this cooperation, all three of Hungary’s V4 partners have sent police officers and soldiers to help patrol the country’s southern border, he added.

Meanwhile, Bence Tuzson, state secretary for government communications, said at a town hall meeting in Nagykőrös, in southern Hungary, that Hungary’s future is at stake in the referendum. If the country makes “the wrong decision” it will be irreversible, Tuzson said.

He said “the world in Brussels has turned upside down” because the European Commission -- which should be the EU’s executive branch -- makes political decisions that member states are obliged to implement.

Tuzson said the EU should return to listening to the people because the European stance on an issue should be a reflection of public opinion.