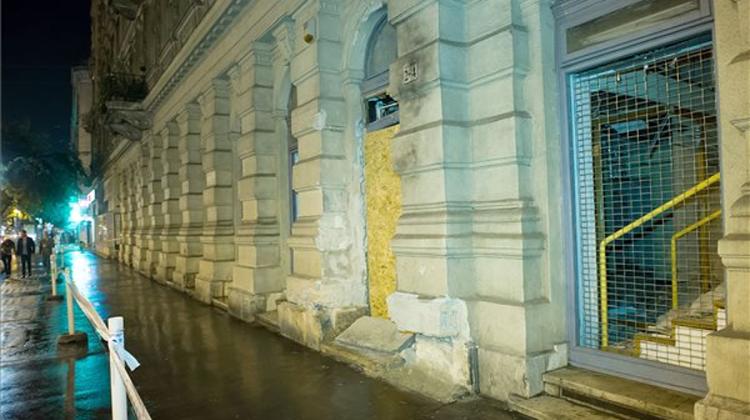 Below is security camera footage of the blast in downtown Budapest on Saturday night, including shots of the man suspected of planting and detonating the bomb. The 18-minute video posted on police.hu shows the perpetrator walking past the doorway at Teréz körút 2-4 several times before depositing the homemade bomb and a rucksack filled with nails and screws before the arrival of patrolling police.

He left as he saw them approach and activated the bomb by remote control from near a thick pillar of the next window, just as the two police officers arrived.

Hardly had the dust from the explosion settled when he emerged from his cover, stepped over an injured police officer and walked away as if nothing had happened.

Police are asking anyone who might know the suspect or his whereabouts to come forward with information. A Ft 10 million reward has been posted for clues to his identity.

Prosecutors Office spokeswoman Andrea Nagy said it can be clearly established on the basis of the evidence obtained that the targets were the two police officers.