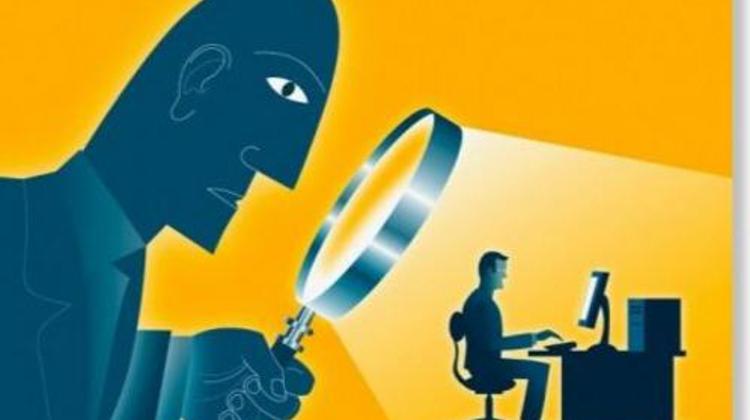 The usually well-informed 444.hu published a story that has shaken the world of the Hungarian media. It was about an unnamed journalist (G.) who in December 2015 was approached by two men identifying themselves as agents of the Alkotmányvédelmi Hivatal (AH) or, in English, the Constitution Protection Office.

According to the organization’s website, the primary duty of the office is the defense of the constitutional order against illegal attempts to overthrow it. These attacks may come from “extremist religious groups or organizations established on an anti-democratic ideological basis. For information gathering and observation AH can use secret service means and methods.”

G. was approached on the street on his way to his newspaper’s editorial office. The men said they wanted to talk to him about matters concerning his own “safety.” Although G. wanted to have the conversation right there, the two men insisted on going elsewhere. There he was confronted with intimate details of his and his family’s private life. He was told that the information was collected not by their own office but by “someone else with harmful intent.” They could help him but only if G. would be willing to cooperate.

They kept insisting that he sign a long-term cooperative agreement to report to them. He didn’t find out what he was supposed to report to AH’s secret service men. He simply refused to sign. But he did agree to a second meeting because he was hoping to learn more about what the two agents were after. At this second meeting, somewhat more composed, G. told the AH agents that he intended to go to the police and file charges against the unnamed person who allegedly collected secret information on his private life.

The men tried to get information out of G. about his contacts and sources, but G. refused to cooperate or to sign anything. And that was that. When 444.hu went to the ministry of interior responsible for the secret services, the spokesman for the ministry didn’t deny that such an encounter had taken place. He simply copied out the appropriate passages from the laws governing the functioning of the office. It was all legal, he insisted.

People familiar with the methods of the secret service during the Kádár regime recall that this kind of blackmail was a classic way to force unwilling people to cooperate with the ministry of interior’s infamous III/III department. Using so-called “sensitive material” from people’s private lives, according to experts, is still allowable today. But this information could be exploited only if “the security of Hungary were in immediate danger,” which was certainly not the case here.

By the next day journalists began to express their fears that G.’s encounter with the agents of AH might not be unique and asked themselves how many such willing or unwilling recruits are already in the editorial offices of media outlets. In the last few months quite a few suspicious stories came to light indicating that agents keep a tab on politicians and journalists.

Naturally, all opposition parties protested, and the socialist chairman of the parliamentary committee on national security promised to discuss the matter next Thursday. The ministry and the head of AH will be called to report on the case. I don’t expect much from this meeting. Zsolt Molnár, the socialist chairman, usually accepts the disinformation that government agencies dump on the committee.

As I was gathering material for this post I recalled, though only in the vaguest of terms, a report about the ministry of interior’s failed attempt to make it legal to plant members of the secret service in editorial offices. Soon enough I unearthed the story. On November 4, 2015 Index discovered the offensive section in a 34-page amendment package to the law on the status of the various branches of the police.

38 listed the organizations that must have working relations with the national security establishment: telegraphic and postal service, energy suppliers, firms connected to the armaments industry. There is nothing surprising in this list thus far, but what made the journalists of Index stop was the mention of “content providers” (tartalomszolgáltatók). No definition of content providers was given but, according to the normal understanding of the phrase, it includes print and internet news sites as well as radio and television stations.

It took only a few hours for Sándor Pintér’s ministry to announce that “the Hungarian opposition was deliberately misinterpreting” the text. “It only allows what was already in force.” Members of the national security apparatus are already employed in the offices of telecommunication services.

As Index pointed out, there are two problems with this denial. One is that in the law on the media “tartalomszolgáltató” is defined as “any media service provider or supplier of other media content.” The other difficulty is that if this provision “was already in force,” either it was being applied illegally or, if it was legal, why did the government want to create a new law to provide for it?

The upshot, I believe, is that Sándor Pintér indeed wanted to create a law that would allow the government to legally place agents in the offices of radio and TV stations, newspapers, and internet news providers but the opposition and the media discovered that crucial paragraph and the government had to retreat.

That was in November in 2015, and about a month later G. had his encounter with the two AH agents. I can’t help thinking that there is a connection between the failed attempt of the ministry of interior to change the law on national security and the effort of the two agents to recruit G.

If that hypothesis is correct, we can be pretty certain that G. was not the only journalist approached. He had the guts to say no, although it took him almost a year to gather his courage and come forward with the story of his encounter.

It is unlikely that the upheaval will end here. G. is being encouraged to file charges. It is also possible that others will come forth with similar stories. But no matter what happens, the case will have a chilling effect on the already frightened journalists whose opportunity to ply their trade honestly and independently is shrinking in Orbán’s Hungary.