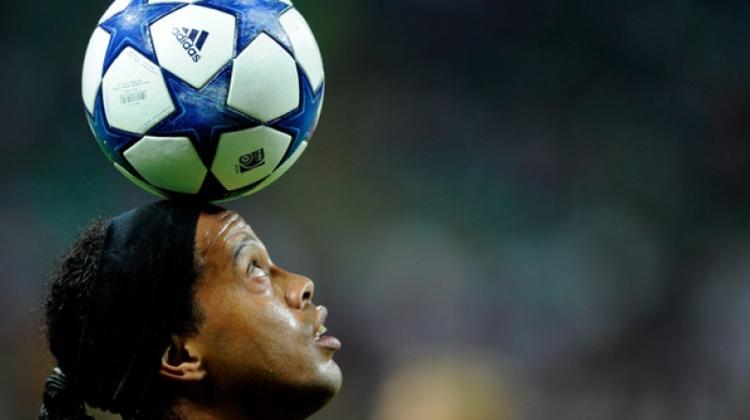 Former FC Barcelona and Paris Saint-Germain superstar Ronaldo de Assis Moreira, known as Ronaldinho, has arrived in Hungary to become the brand ambassador of a new sport game developed by a Hungarian company.

The game, called “Teqball”, looks like a curved table tennis at first sight, however, it can be used in much more ways than one may think. On Tuesday, both Brazil icon Ronaldinho and Hungarian football legend Tibor Nyilasi will participate in the presentation of the game followed by a press conference in the Docler Office building situated at the Expo square in Budapest’s 10th district. Ronaldinho is also expected to star in a Teqball commercial to be filmed in Budapest.

Teqball is a multifunctional sport equipment and a new sport based on football. According to the game’s official website, it is a training tool for both professionals and amateurs to develop their technical, concentration skills, and stamina. Furthermore, Teqball is thought to be the “cleanest type of football”, because in this game there is no physical contact between the players. According to the rules of the sport, it is forbidden to touch the equipment to avoid injuries. Teqball can be played by 2 or 4 players with the same ball as normal football. The game has been invented by two Hungarian football fanatics, former professional player Gábor Borsányi and computer scientist Viktor Huszár.

Before attending the Teqball event on Tuesday, Ronaldinho has some time to look around in the Hungarian capital. According to his Instagram, he enjoys playing traditional table football (foosball) as much as teqball.