Fungarian: Why Is Halloween Strange For Hungarians? 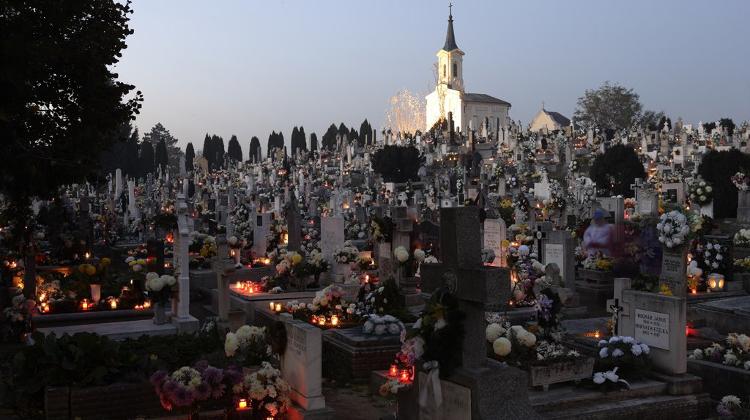 November 1st is national holiday. According to the Catholic calendar, it’s All Saints’ Day – but Hungarians call it Day of the Dead (Halottak napja), when traditionally it’s a family obligation to tend the graves of their closest relatives. Lit by thousands of candles, the cemeteries are a melancholic and beautiful sight on this day. The most common flower of the season people put on the graves are chrysanthemums, ŐSZIRÓZSA (li. ’autumn rose’) in Hungarian.

Though November 1st is the official day, visits to the cemeteries start one or two days beforehand, which causes a conflict in timing with the Halloween mania, which became a recently accepted fad encouraged by commercial enterprises.

Most Hungarians still think it’s anything but time for merriment. Another strange thing about importing the Halloween tradition is the Hungarians’ lack of obsession with witches or ghosts. This absence of charmers, conjurers and other supernatural creatures in the culture might be due to a law made by our enlightened 11th century king Coloman the Booklover, declaring that there are no witches.

De strigis vero quae non sunt, nulla amplius quaestio fiat, translated as “for the matter of witches, there is no such thing, therefore no further investigations or trials are to be held”.

One of the most beautiful cemeteries in Budapest is the Kerepesi Cemetery in Fiumei út.

The National Graveyard, as it is called, is also ideal for a history tour, since many of our national heroes, poets, and artists rest here.

If you are interested, take our guided tour covering the Arcades, the Labor Movement Mausoleum and the 1956 Heroes’ Memorial Park:http://fungarian.hu/designer-tours/