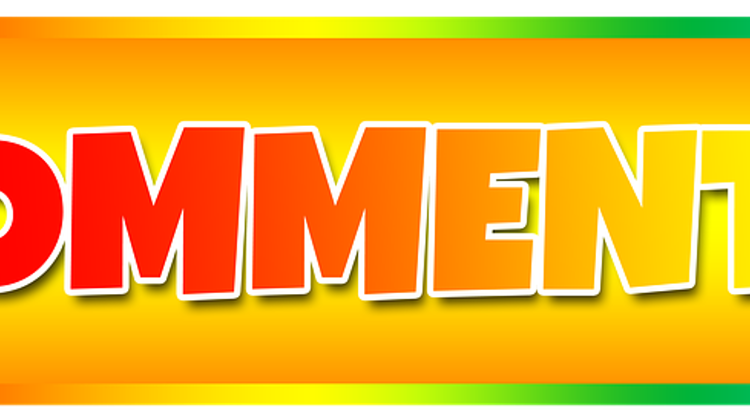 The battle for the hearts of minds of the Hungarian people has moved from the voting booth to the airwaves and newsstands, as various political parties and NGOs offer their interpretation of Sunday’s referendum results.

The referendum failed to generate sufficient participation to be legally valid under Hungarian law. Of the 50 percent plus one of the eligible voting population required, only some 40 percent cast a valid ballot.

However, this has not prevented the government of Vikor Orbán from claiming victory by pointing to the fact that, of those who cast a valid vote, more than 98 percent voted “no” to the question, “Do you want for the European Union to be able to mandate the obligatory settlement of non-Hungarian citizens in Hungary without the approval of the National Assembly?”

The resounding uniformity of the response has emboldened the Orbán government to claim that the Hungarian people have rejected attempts by Brussels to dictate policy to EU member states. Orbán himself sees the referendum as a mandate to change the basic laws of Hungary to ensure that no European Union decision can be imposed on the country without the approval of the parliament.

Here are some of the reactions to the referendum from the Hungarian opposition, as well as statements from various NGOs operating in Hungary.

Bertalan Tóth, MSZP parliamentary faction leader, said that the referendum result was a 5-3 defeat for Fidesz. A clear majority of voters, 5 million people, refused to participate in the Fidesz’s “pointless, expensive and lying comedy,” he said.

“The referendum was invalid, it returned no result. To do anything in reference to this would be unconstitutional,” he said.
The government until now had all the tools it needed to keep the country safe, Tóth continued, and there is no need to change the Fundamental Law of the country. MSZP will not support such changes, he added.

MSZP chairman Gyula Molnár said, “This campaign was one of the low points in the history of the Hungarian system change.” He said the ruling party had never carried out such a shameful, false, deceptive and unlawful hate campaign as this one, and that it had engaged in “dishonest, irresponsible fearmongering.”

“To respond to a failed referendum with changes to the constitution is political scoundrelism,” said DK leader and former prime minster Ferenc Gyurcsány. He said that when a government holds a referendum, it is asking the permission of the people to do something. “The invalid referendum means that the people did not give their permission for the Orbán government to continue its current politics, and certainly not to amend the Fundamental Law,” he said.

To openly go against the will of the people is “tyranny itself,” Gyurcsány continued, and if Orbán does this, “he will be a pariah in his homeland and in Europe, a traitorous tyrant.”

Gyurcsány said that he had spoken to MSZP leader Gyula Molnár by telephone on Monday, and that both of them are focused on uniting their parties in coalition leading up to the 2018 parliamentary elections.

“Tonight proved to be a failure for Viktor Orbán, thank God, in that no matter how much money was spent on this disgusting campaign, which served no goal other than to pit people against one another, it failed. It appears that normal people live in Hungary who do not believe the disgusting, hateful propaganda that Orbán pushes merely for the sake of staying in power.”

PM co-chair Tímea Szabó said that the opposition must move forward after the invalid referendum, and concentrate on the coming months. She will officially reach out to the “leaders of the the democratic opposition parties” on Monday concerning negotiations for cooperation going into the 2018 parliamentary elections.

“No one can be so selfish as to only play for their own survival,” Szabó said, urging opposition leaders to attend a joint opposition party consultation on October 24th. The opposition politician stressed that Fidesz can be defeated in the 2018 election, but that the opposition parties must put aside their own political aims in favor of uniting to defeat the ruling party.

“Participants should come to the consultation with concrete plans and proposals,” she said, adding that the consultation will not be about parties, but about giving the decision to the people about who will be the candidate they want to send up against the Orbán regime.

Liberal party leader Gábor Fodor stated that his party firmly rejects the referendum initiative, because it senselessly continues to act against the European Union, and is not represented by an electoral majority.

Fodor thanked the voters who had cast a “yes” ballot in the referendum. His Liberal party was the only party urging voters to vote yes, a strategy which garnered only slightly more than 1 percent of the vote. He congratulated the Two-tailed Dog Party, a Hungarian joke party, for encouraging voters to participate in the referendum, even if only by spoiling their ballots, saying that this is how the government can be defeated.

When asked whether his party would participate in the PM-sponsored opposition consultation, he said that they are not against it, and that there could be a kind of primary process which they could support.

Movement for a Modern Hungary (MOMA)

“Yesterday Hungary rejected the corrupt government’s soul-poisoning experiment,” said MOMA chairman and former finance minister Lajos Bokros of the referendum result. “Hungary regained its international prestige, which the government of criminals is constantly trampling. The Hungarian people felt that the decay and rot must be turned back.”

Orbán has tried to make the referendum seem like a success by showing that the “no” votes outnumbered affirmative votes in the referendum for Hungary joining the European Union, Bokros said. “He forgot to add, however, that at that time in our country we had democracy where today we have tyranny.”

Bokros said that Orbán is afraid of journalists, questions, the truth and reality, which is why he wouldn’t allow journalists into the post-referendum meeting of Fidesz party-faithful.

But there is hope, Bokros said. “We will overthrow the authoritarian regime in 2018. Get ready!”

Gábor Vona, chairman of extreme-right nationalist party Jobbik, called Orbán a “loser politician” and demanded his resignation in Parliament Monday. Vona claimed that Brussels is going to “mercilessly use the prime minister’s irresponsibility and mistake against Hungary,” and that Orbán’s credibility, prestige and power have been dramatically reduced in the European Union.

“Is the Prime Minister not ashamed of himself, that after half a year, and spending HUF 15 million, he comes forward with the same proposal?” Vona asked in parliament, referring to a proposal to change the Fundamental Law concerning immigration that Jobbik had already put forward last Spring.

Jobbik spokesman Ádám Mirkóczi also weighed in on the failed referendum, saying that it amounted to nothing more than a 20 billion forint public opinion poll, the results of which everyone knew exactly without spending money.
“The arrogant, insolent, often extortionate campaign can’t be left without consequences,” Mirkóczki said.

Gergely Kovács, president of the joke Two-tailed Dog Party, said in a video interview Sunday night that the party’s campaign, in which they encouraged their followers to vote invalidly by spoiling their ballots, was about “showing that we aren’t the kind of lame country that the government would like us to be.”

The referendum saw a record amount of invalid votes cast in an election in Hungary, with well over 200,000 Hungarians spoiling their ballots.

“In today’s referendum, humanity and sanity prevailed over hate and fear. The Hungarian Helsinki Committee welcomes this. The government has suboordinated everything for months to the compulsory referendum and the accompanying, unprecedented hate campaign. All of this wasn’t enough to persuade the majority of voters to participate. The fact that the government, disregarding its own laws, considers valid this invalid vote, proves our original criticism: this referendum was meaningless.”