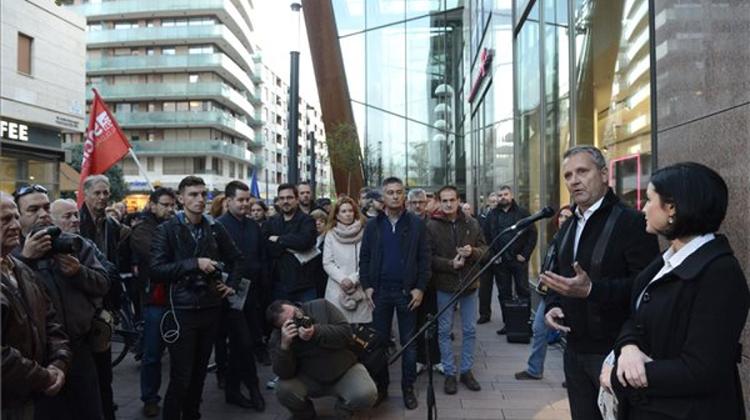 Opposition Socialist leader Gyula Molnár called for a committee to be set up to screen the ownership structures of Hungary’s media. Commenting on the suspension of daily Népszabadság, he said “a dark era of democracy and press freedom has begun in Hungary.”

Publisher Mediaworks on Saturday said it had suspended the publication of Népszabadság until it comes up with a new business model. “Very few believe that a paper with a well-established name should be closed right now and in this way,” Molnár said.

He insisted that Népszabadság had consistently reported controversial developments around ministers or around the governor of the central bank. Molnár said that a department within the public prosecutor’s office should be set up to focus on cases that involve politicians.

Parliament should be prepared for possible early elections, and the election rules need to be changed to ensure minority rights and proportionate representation of voters, he insisted.

The Socialist leader condemned President János Áder for his “sinful silence” over the government’s “brutal” referendum campaign as well as the closure of Népszabadság. “Áder does not fulfil the role a president of the republic should,” Molnár said.

Bertalan Tóth, the party’s parliamentary leader, said the Socialists would stay away from the five-party consultations and the parliamentary vote concerning a planned constitutional amendment connected to the referendum.