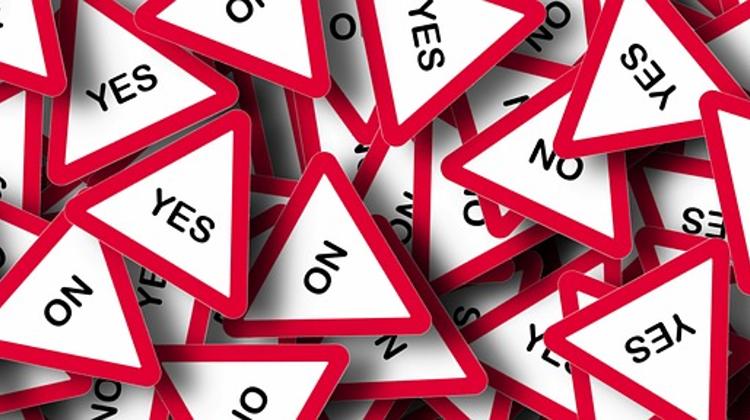 The insidious hate campaign leading up to today’s referendum on compulsory refugee quotas has failed, badly. First of all, only 43.8% of the electorate went to the polls, far below the necessary 50% plus 1. Even more telling is that only 39.93% of the electorate cast a valid vote; 60.07% either spoiled their ballots or didn’t bother to vote. The Two-Tail Dog Party’s campaign to invalidate ballots made an impact: 6.3% of the voters spoiled their ballots. This is a very high number, especially if one compares it to earlier referendums and elections where spoiled ballots constituted no more than 0.5-2.0% of all ballots.

To get a picture of nationwide trends, one has to study the data published by the National Election Office. People in Budapest were the least enthusiastic about voting at this referendum: only 34.72% of them turned out, and the number of invalid ballots was very high, about 15%. In larger cities, like Szeged, Debrecen, and Pécs, the turnout was somewhat higher but the number of invalid ballots was still relatively high.

All in all, one can call this much touted referendum, which was, according to Viktor Orbán, as important as the regime change in 1989-1990, a flop.

And, by the way, he will ask parliament to change again, for the seventh time, the 2012 Fidesz constitution to include a provision that would ensure that foreigners can settle in Hungary only with the authorization of parliament. I might add that this was the original suggestion of Jobbik, which, as Jobbik politicians pointed out today, would have cost no money whatsoever. But, of course, we know that this referendum had little or nothing to do with compulsory quotas. It was an attempt to further bolster the present government’s hold on society. It backfired. It is now up to the opposition to make good use of this Fidesz defeat.