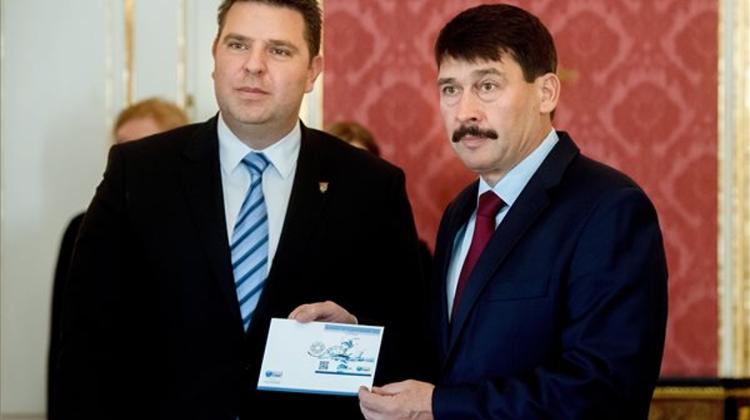 At the upcoming global meeting in Budapest on water conservation and management, a transformation in attitudes is needed to match the outcome of the Paris climate summit tackling climate change, President János Áder said in an interview to public radio. At next week’s world summit, 2,000 officials representing 111 countries will be present, of which 35 will be prime ministers or ministers, the president said.

In addition, nine development banks and two big global organisations, the UN and World Bank, will also attend the threeday meeting, he added. Ever since the Paris conference, people have spoken about climate change as evidential. Hopefully the Budapest conference will see a similar breakthrough and people will regard water as the most important yet the most endangered resource, he said.

Áder noted that three years ago the main goal of the Budapest conference on water management had been to set a framework for the future and place water among highlighted UN sustainable development goals. This target was met and now water-related issues are handled at the same level as, for example, the eradication of poverty and improving the position of women, he said.

A professional fair concentrating on the water industry will be held at Budapest’s Millennium Park between November 28 and 30, he noted. UN officials and other experts from international organisations on sanitation, water hygiene and sustainable water management will be joined by politicians, businessmen and scientists. The goal is to connect capital with knowledge with a view to designing technological solutions.

Also, civil groups will be key players in reaching sustainable development goals for the 2015-2030 period and implementing water-management practices laid down in the Paris climate change agreement. They will also help in making institutional reforms necessary to achieve these aims, he said.

Áder cited experts as stating that a water crisis would emerge within 15-20 years unless irresponsible attitudes to water use change. Population growth and past patterns of water use by residents, industry and agriculture are the basis for their prognosis, he said.