Hungary’s Position Not Weakened In Brussels 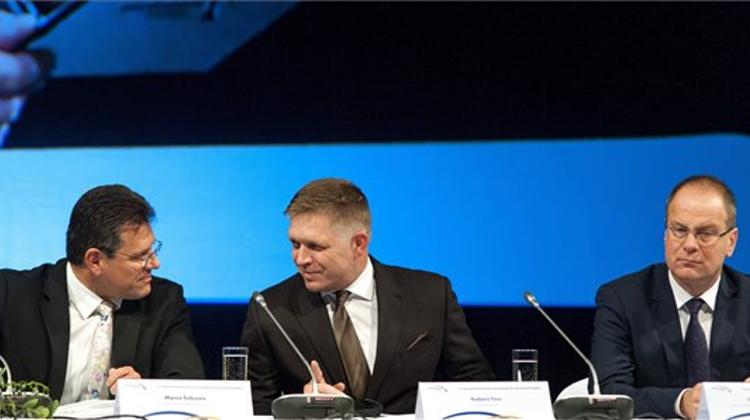 Hungary’s position in Brussels has not weakened as a result of the invalid referendum on European Union migrant quotas and the failed constitutional amendment, European Commissioner for Education, Culture, Youth and Sport Tibor Navracsics said in an interview with daily Magyar Idők.

He expressed hope that the positions on the implementation of the quota would draw closer at an EU summit in December. While a year ago Hungary stood almost alone on the issue, today the Visegrad Group stands by it, Navracsics said.

Taking into consideration the significance attributed to external border protection during the talks on migration issues, it is obvious that Hungary’s position has been vindicated, he added. It is possible to introduce changes to regulations in order to stipulate that national parliamentary approval is required for issues such as migration, which would have the same force as a constitutional amendment, Navracsics said.

Commenting on the residency bond scheme, he said “as far as I know, this possibility also exists elsewhere, although I’m not an expert on this matter.” On the European Commission’s migration strategy for next year, he said the emphasis would shift to prevention.

As for EU action against terrorism, he said protection of the external borders and information exchanges were important as well as improving cooperation in security between member states.

The mid-December EU summit is likely to address the quota as well as the question of setting up a European Prosecutor’s Office, so there will be several issues likely to involve a lively debate, Navracsics said. Meanwhile, commenting on education policy in Hungary, he said the latest figures suggest a move in the right direction.

According to the Education and Training Monitor presented by the commission in early November, Hungary is among the six countries where state investment in education has grown by 5% in a year. If this trend continues, then Hungary could be in the frontline of the EU in a few years’ time regarding spending on education.

He added, however, that the curriculum and the structure of education need to become more flexible, he said. He noted that the Erasmus programme will be 30 years old next year.

Hungary has participated in it since 1997, with around annual 5,000 foreigners coming to Hungary and some 4,500 Hungarians studying abroad under the arrangements of the scheme. In response to a question on whether he was able to lobby for Budapest to win the race to host the 2024 Olympics, he said he was not lobbying but he sometimes spoke to people who had an understanding of the applications, and he had a very favourable opinion on Hungary’s candidacy.