Budapest Honvéd Hospital Will Be Receiving Injured From Italy 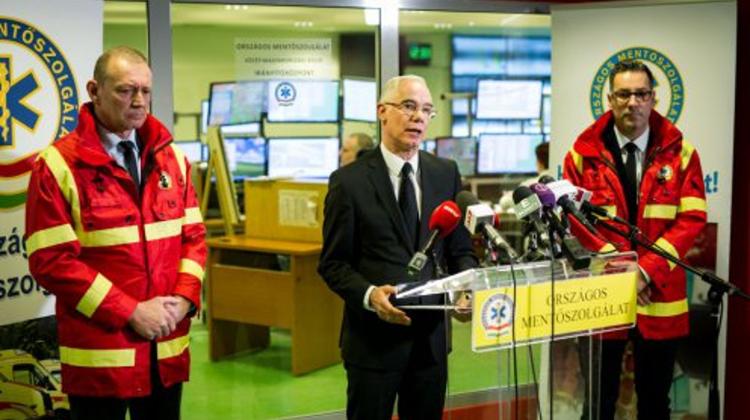 “The Honvéd Hospital in Budapest will be receiving the four seriously injured victims of Friday’s bus crash near Verona, who are expected to arrive back in Hungary on Sunday”, Minister of Human Capacities Zoltán Balog announced. Director General of the National Ambulance Service (NAS) Gábor Csató added that two of the seriously injured passengers will be arriving by air, while the other two will be transported home by ambulance.

“11 students and 5 adults lost their lives in the bus crash and 6 people suffered serious injuries, 2 of whom were critically injured and cannot as yet be transported”, he continued.

“All of the students are expected to arrive home on Sunday evening pending the decision of the Italian authorities, with the exclusion of the two critically injured victims, one of whom suffered 60 percent burns, while the second has undergone major cranial surgery. The two critically injured passengers are yet to be identified and it will transpire when they will be in a suitable condition to be transported home to Hungary”, the Director General told reporters.

“The NAS was involved in treating the injured on site with four ambulances and one air unit, with a total of 20 personnel. The condition of the relatively lightly inured was monitored, their wounds were treated and the survivors received immediate psychiatric care”, he added.

Mr. Csató spoke to the victims of the crash personally on site, and in reply to a question from the press he said that most of them are suffering from amnesia and don’t remember the accident.

Mr. Balog asked the school to begin Monday’s national day of mourning by trying to discuss the tragedy with students.

During the national day of mourning the national flag will be lowered to half mast, certain state events have been cancelled and the government is also asking the organisers of private events to respect the families of the victims and behave accordingly.

The Minister told reporters that the Italians had been extremely understanding and helpful with relation to the accident. Both Italians and Hungarians living in and near Verona had offered their assistance, including accommodation, clothing, transport and money. At home in Hungary, many staff from the National Ambulance Service and aid organisations gave up their free time to offer their work and assistance. Mr. Balog thanked everyone involved.

The Minister added that thanks to his specialist qualification and experience in intensive care, the new Director General of the NAS, Gábor Csató, had been particularly suited to coordinating the work of Hungarian professionals on site.

Mr. Balog also told reporters that the Ministry would be reviewing current regulations with regard to whether they provide for a suitable level of safety during extra-curricular activities such as school trips.

“There are some things that cannot be improved through regulation, but we will be reviewing the legislation to see if there is anything that can be improved”, he added.

A bus carrying Hungarian students suffered an accident near Verona, Italy on Friday night. Sixteen people were killed and more than twenty were injured in the crash. Travelling on the bus were students, alumni and teachers from the Szinyei Merse Pál Secondary School in Budapest, including the family of one of the teachers.